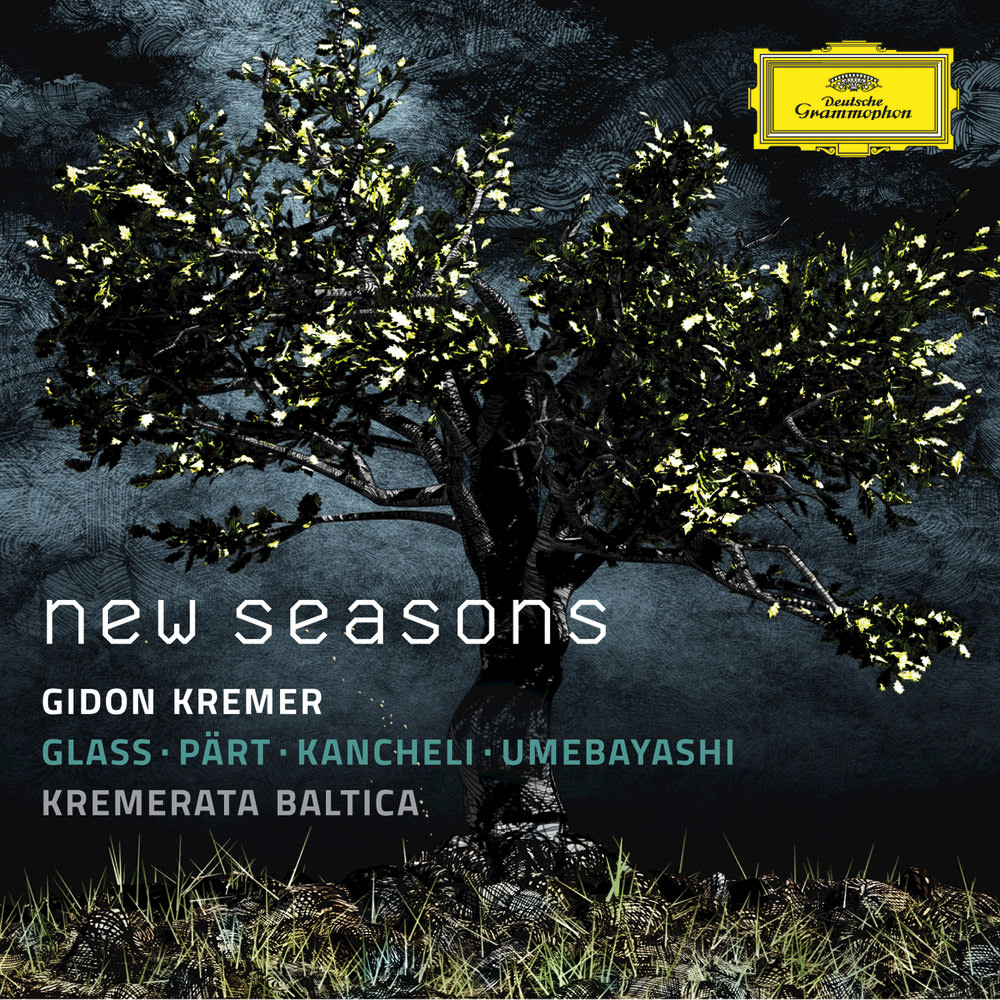 Available in 192 kHz / 24-bit, 96 kHz / 24-bit AIFF, FLAC high resolution audio formats
Latvian violinist and conductor Gidon Kremer and his Kremerata Baltica Chamber Orchestra present this album showcasing the Violin Concerto No. 2 - The American Four Seasons by Philip Glass. Also included are companion pieces by Arvo Pärt and Giya Kancheli, two composers who are both closely associated with Kremer and who both celebrate their 80th birthdays in 2015, the year of this release. Kremer also features a short piece by film composer Shigeru Umebayashi to complete the programme. "Music as seasons: they are both part of our culture, our language for describing the pulse of life. This album of New Seasons is evidence of that." - Gidon Kremer
192 kHz / 24-bit, 96 kHz / 24-bit PCM – DG Studio Masters