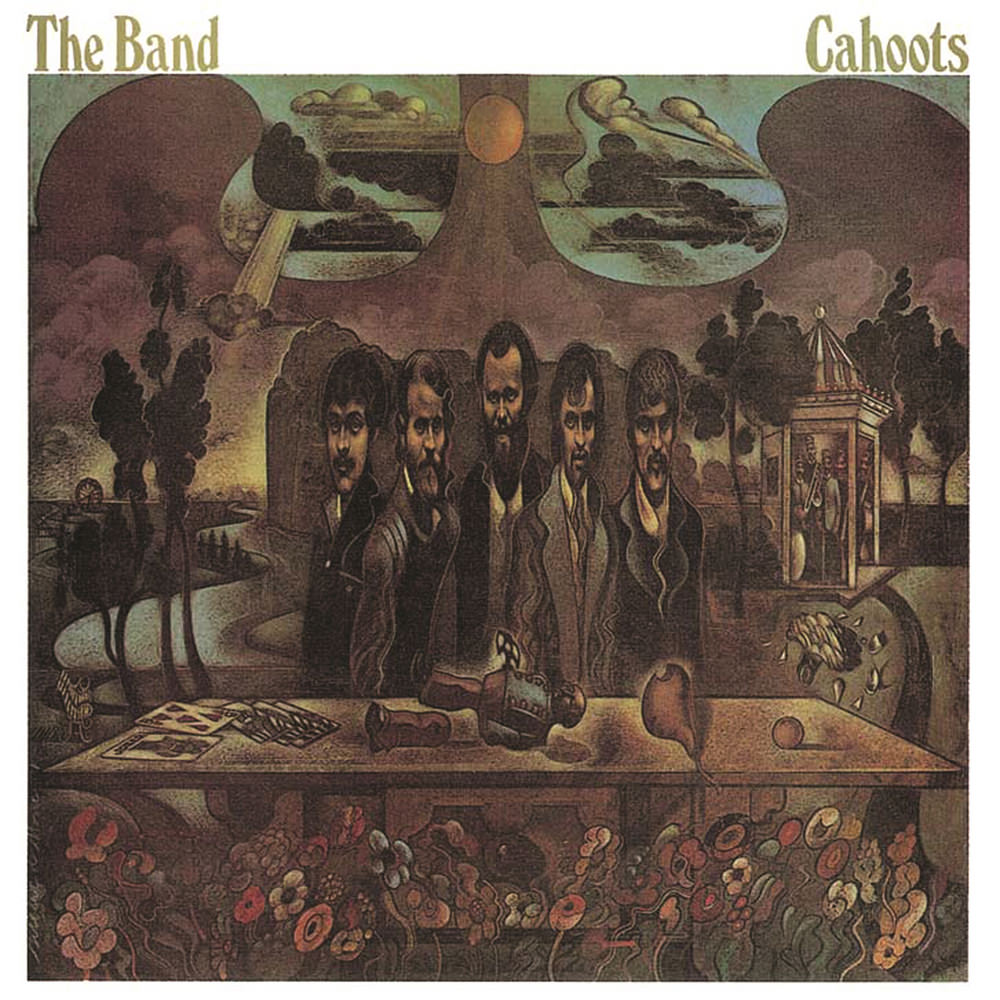 Available in 192 kHz / 24-bit, 96 kHz / 24-bit AIFF, FLAC high resolution audio formats
"... a carefully planned excursion through the minds and hearts of America's finest group. And if you still have any doubts as to whether they are, in fact, America's finest: just listen to the album. It speaks for itself!" - Circus "Whew, these fellows can really play. They cook on Smoke Signal and you should hear the guitar solo on Last Of The Blacksmiths. B-." - Robert Christgau After the success of 1969's The Band and 1970's Stage Fright, The Band convened in the off season at Bearsville Sound Studio to record its fourth studio album, Cahoots. The Band's understated style is brightened by Allen Toussaint's horn arrangements on Life Is A Carnival and the brawling 4% Pantomime, a Van Morrison/Robbie Robertson composition sung by Richard Manuel and the Belfast Cowboy himself. With a set of tracks written primarily by Robertson, Cahoots also features the first release of Bob Dylan's When I Paint My Masterpiece.
192 kHz / 24-bit, 96 kHz / 24-bit PCM – Capitol Records Studio Masters