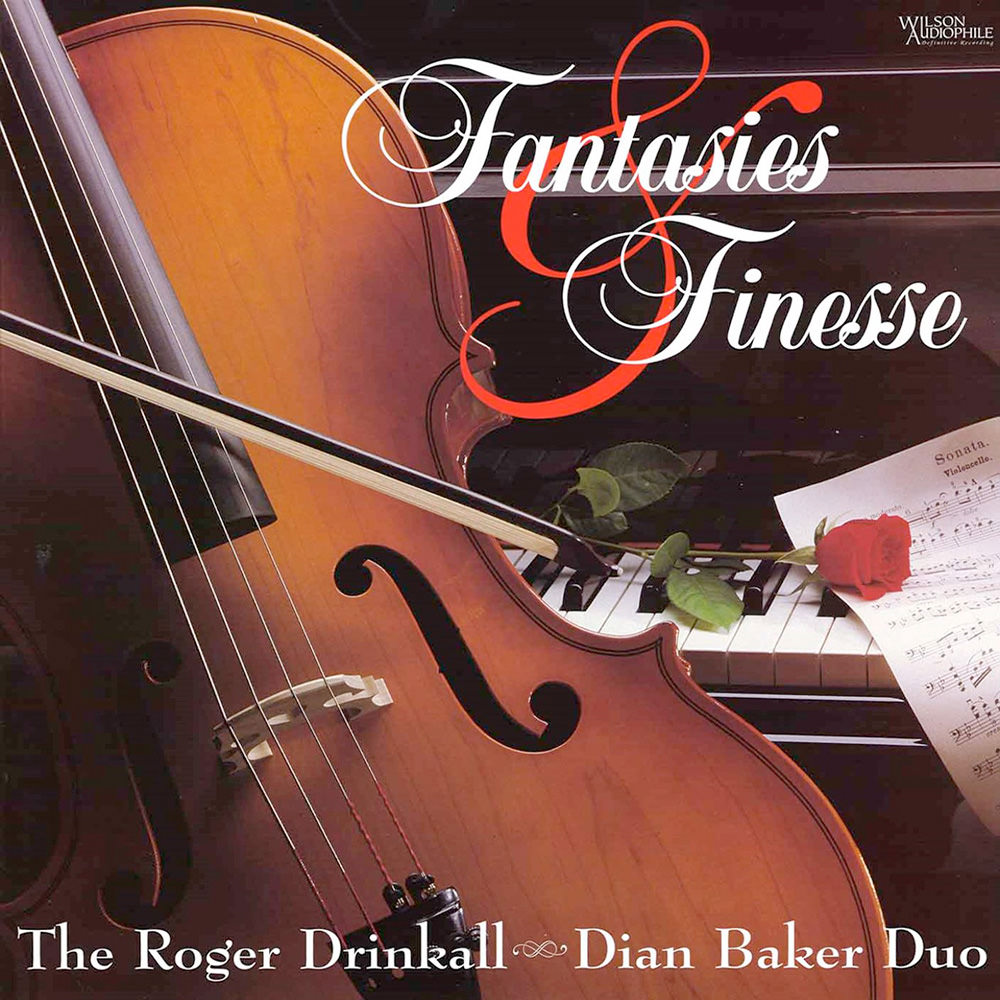 This reissue of a 1994 audiophile album showcases the duo of the late Roger Drinkall on cello and his pianist wife Dian Baker. The works interpreted are Chopin's Cello Sonata and Schumann's Fantasy Pieces and Five Pieces in Folk Style, presented in typical stunning Wilson Audiophile sound, creating the illusion that the two musicians are performing right there in the listening room. The cello is positioned in front of the piano, to the right of centre, facing diagonally across the soundstage. The image of the cello is rather large and can even be heard moving as Drinkall plays.
176.4 kHz / 24-bit, 88.2 kHz / 24-bit PCM and 2.8224 MHz DSD – Wilson Audiophile Recordings Studio Masters

Each Master Tape was inspected, cleaned and treated with Last #9 and #10 preservatives. All of the Master Tapes were baked to reformulate the binding. This was done in an incubator at 135 degrees and then they were left to cool back down to room temperature. All splices were inspected and repaired, if necessary.

Each transfer was executed on the UltraMaster, a one-of-a-kind Studer A80 designed and built by John Curl with custom electronics. Each Master Tape was stored by Wilson Audiophile “tails-out” in which Puget Sound Studios did a library wind to the take-up reel. All levels were set according to included EQ sheets and each 1 kHz tone was further set at precisely 1 kHz, via a custom varispeed adjustment. This provided the exact speed the Master Tapes were recorded at.