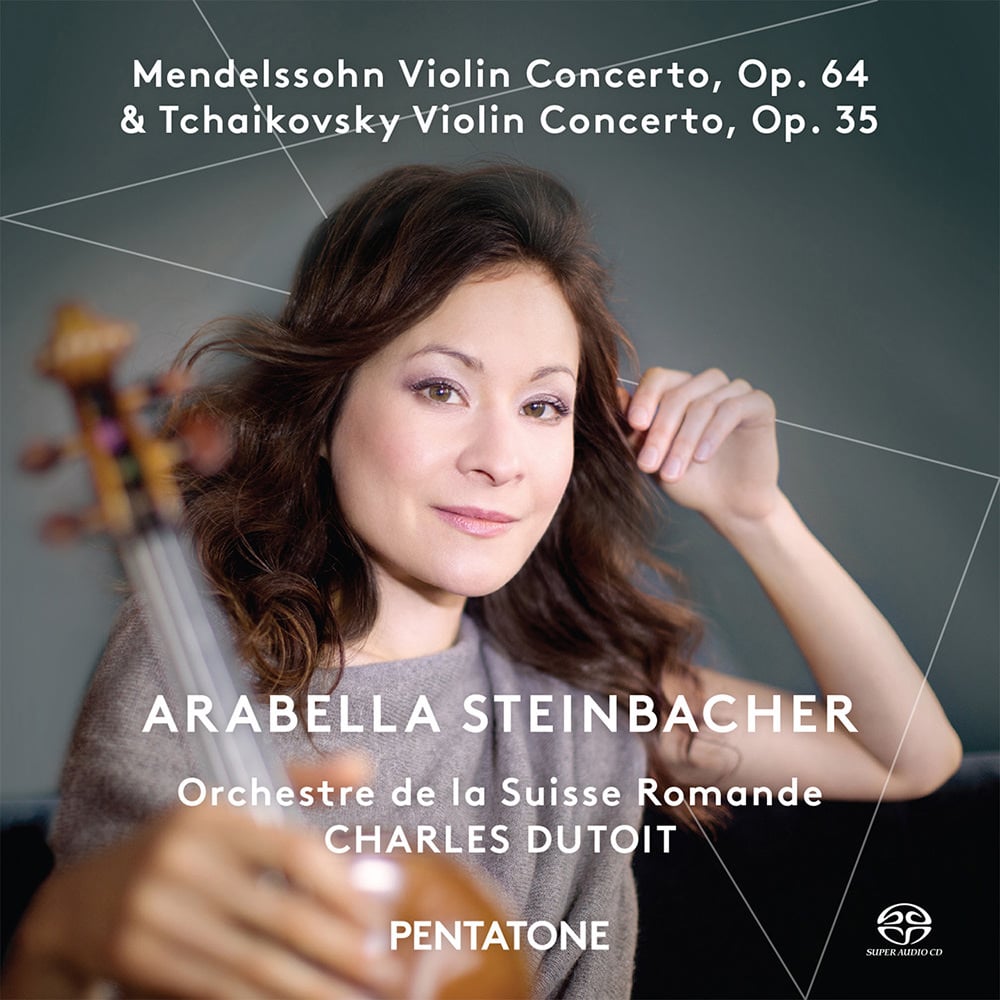 Available in 96 kHz / 24-bit AIFF, FLAC and 2.8224 MHz DSD high resolution audio formats
This release arguably features the two greatest concertos ever written for the violin, performed by one of the most brilliant violinists of her generation, together with one of the finest orchestras under the baton of one of the world’s foremost conductors. After waiting for a long time to record these concertos with the perfect collaborators, Arabella Steinbacher didn’t waste any chance to shine with heartfelt enthusiasm and bravura. She produces such a pure, yet fierce sound that it allows the music to speak in an immediate, translucent way. Recorded in September 2014 in the magnificent Victoria Hall in Geneva, the Orchestre de la Suisse Romande seems totally at home with the repertoires and performs with great confidence led by Charles Dutoit, who is vivid, rhythmic and clear in his direction.
96 kHz / 24-bit PCM and 2.8224 MHz DSD – PentaTone Studio Masters