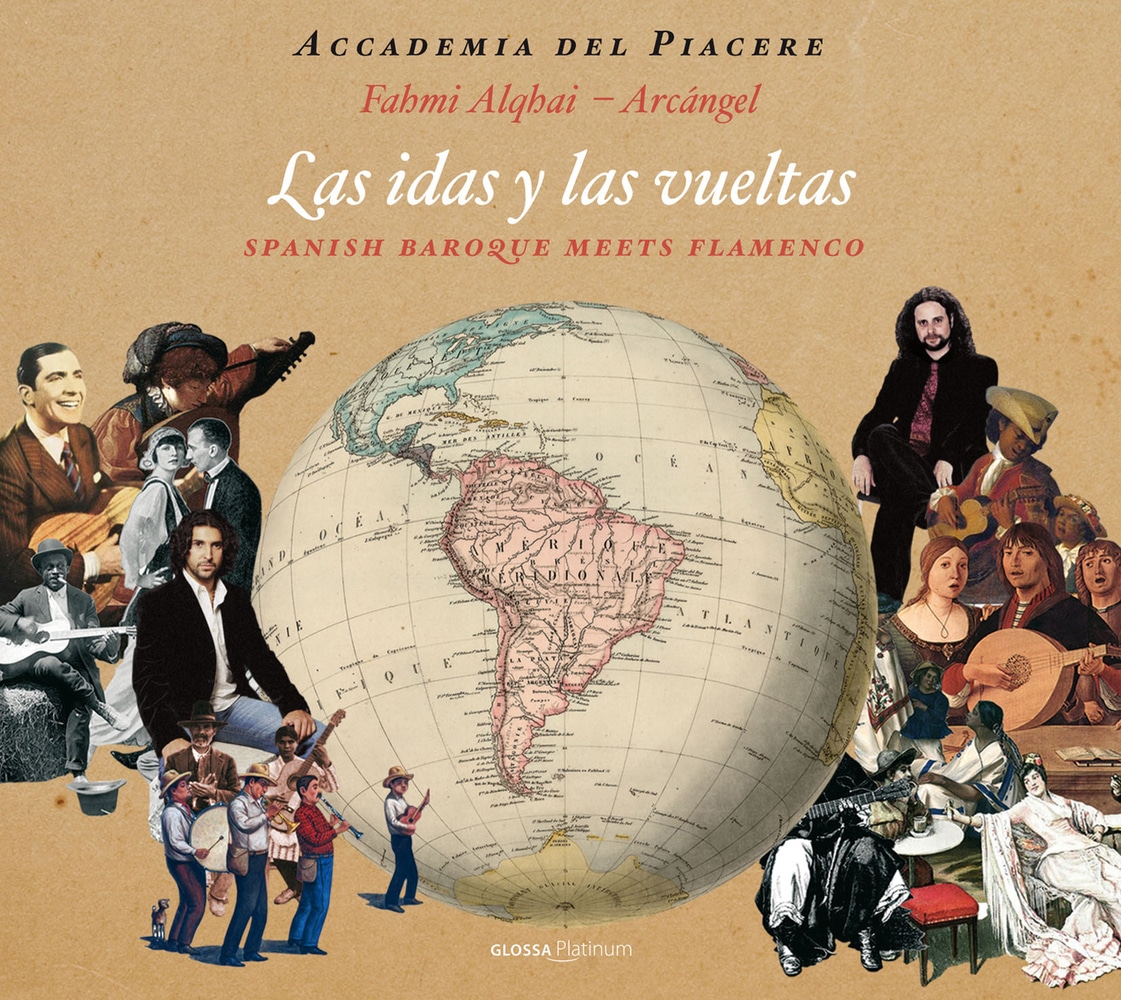 Available in 48 kHz / 24-bit AIFF, FLAC audio formats
With the welcome issue on Glossa of Las idas y las vueltas, evidence of the new spirit of musicmaking from Spain is coming through no more clearly than with Fahmi Alqhai’s previous releases (A piacere and Rediscovering Spain have been recent issues). Las idas y las vueltas is an exuberant display of music-making in its own right but also a demonstration of the interrelationship between Spanish Baroque music and flamenco. The melting pot of melodies, colours and rhythms that followed in the wake of Spain’s colonial expansion brought together European, South American and African influences. On Las idas y las vueltas, there is a constant to-ing and fro-ing of such influences – jácaras and guarachas, folías, Las morillas de Jaén and La Spagna, bulerías and jaleos – all brought to musical life by the cantaor Arcángel, the flamenco guitarist Miguel Ángel Cortés and the Baroque instrumentalists of Alqhai’s Accademia del Piacere, and the singer Mariví Blasco. This new release comes with two bonus tracks, both recorded live and previously unreleased: a pasacalle and a new version of "¡Ay, que me abraso!" The whole album has been freshly remixed by Alqhai and his team in their studio in Seville.
48 kHz / 24-bit PCM – Glossa Studio Masters