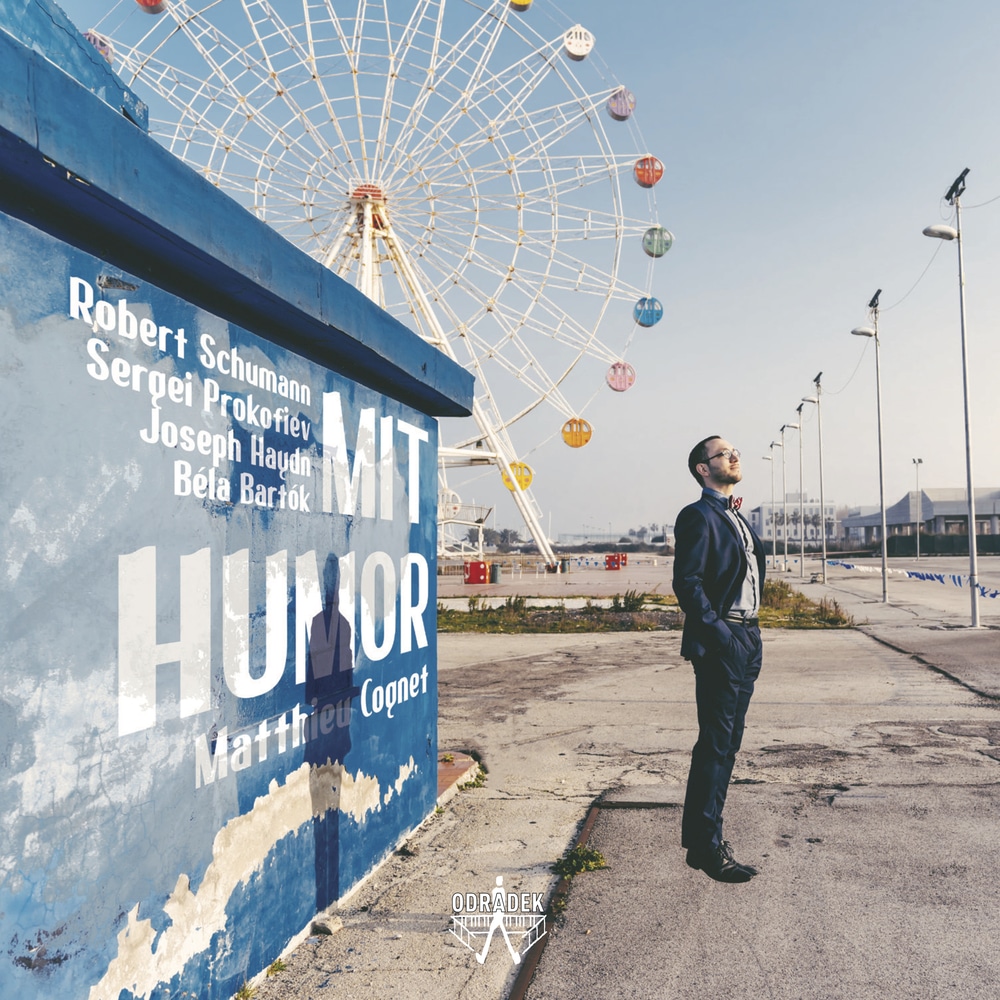 Available in 96 kHz / 24-bit AIFF, FLAC high resolution audio formats
Pianist Matthieu Cognet explodes the myth of ‘serious’ classical music with a recital focussing on music played ‘mit Humor’ – with humour, in works by Haydn, Prokofiev, Robert Schumann and Bartók. Matthieu Cognet has chosen for this album music that possesses good humour, whether sardonic, quirky or witty, but he has also embraced the subtler implications of the album’s title. The German word ‘Humor’ has more nuanced connotations than comedy alone, implying a broader spectrum of feeling, just as the Greek ‘four humours’ referred to a range of temperaments. This in turn broadens the musical scope of this programme to embrace the subtleties, the light and shade, of humour within music. Joseph Haydn was a master of musical comedy, and his Piano Sonata No. 60 features eccentric quirks similar to those heard in his ‘London’ Symphonies. Robert Schumann was influenced by the comic writer Jean Paul when he composed his rhapsodic Humoreske in B-flat major, Op. 20, which exudes a stream-of-consciousness quality. The 20th century brought with it musical humour of a satirical, sometimes acerbic nature. Prokofiev’s Four Pieces for piano, like Schumann’s Humoreske, encompass a range of characters, and Bartók’s Piano Sonata, Sz. 80 has moments of grim humour and dry wit. Matthieu Cognet was born in Paris and later moved to the United States, where among many achievements he has written and published his solo piano transcription of Ravel’s La Valse, became Artistic Director of the French American Piano Society, and currently teaches and performs in New York and beyond.
96 kHz / 24-bit PCM – Odradek Records Studio Masters