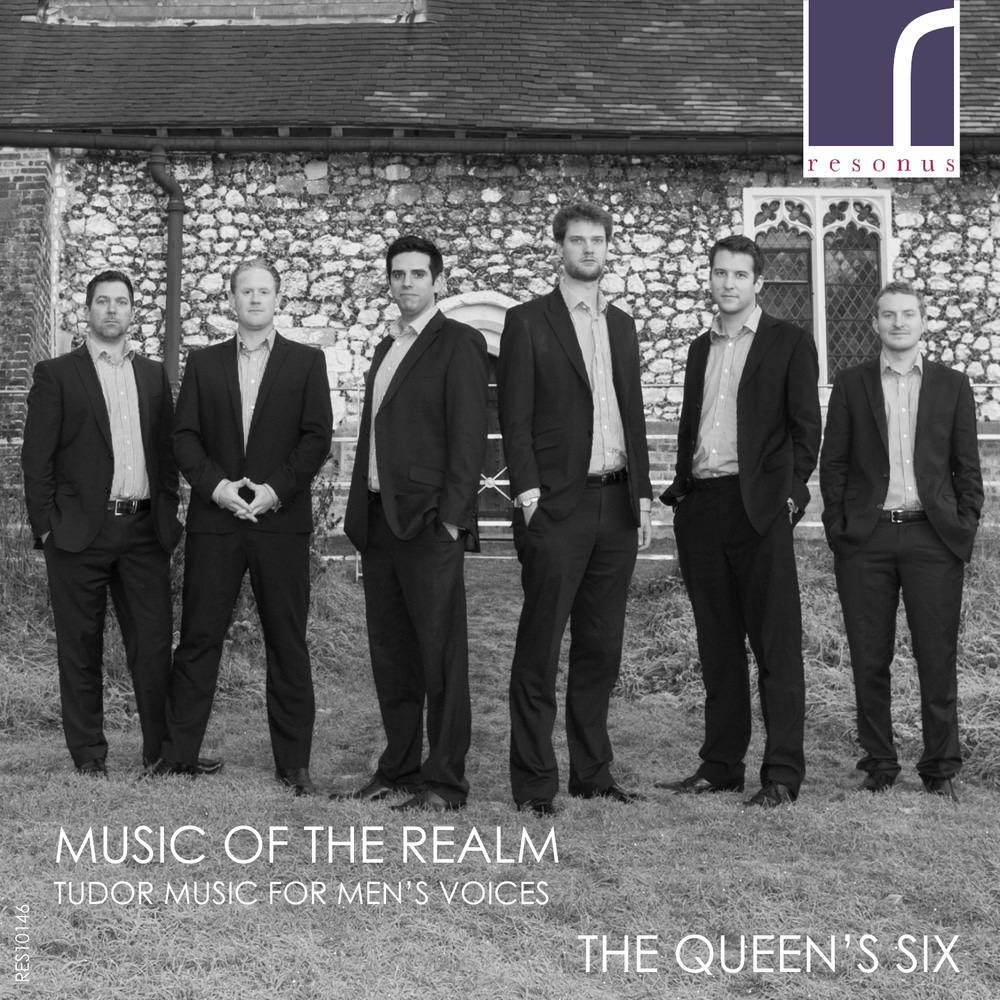 Music of the Realm: Tudor Music for Men's Voices

"The group’s distinctively smooth tones are well suited to contemplative music and to the less florid works composed after the Reformation ..."
- MusicWeb International

"Full marks to the Queen's Six for unearthing some delicious and rarely heard Tudor works for men's voices and for their deft handling of the quickfire polyphony ... top-drawer tuning and rhythmic control."
- Gramophone

This debut album from The Queen’s Six showcases a sumptuous selection of music from the golden age of English polyphony. Recorded in the extraordinary surroundings of St George’s Chapel at Windsor Castle, where each member of The Queen’s Six is a lay clerk, Music of the Realm features six composers associated with the royal court of Queen Elizabeth I, from whom the group takes its name. The members have selected a programme of both well and lesser known works by these six composers who wrote music for and during the reign of Queen Elizabeth I: William Byrd, Thomas Tallis, Thomas Tomkins, Thomas Weelkes, Thomas Morley and Orlando Gibbons.
96 kHz / 24-bit PCM – Resonus Classics Studio Masters