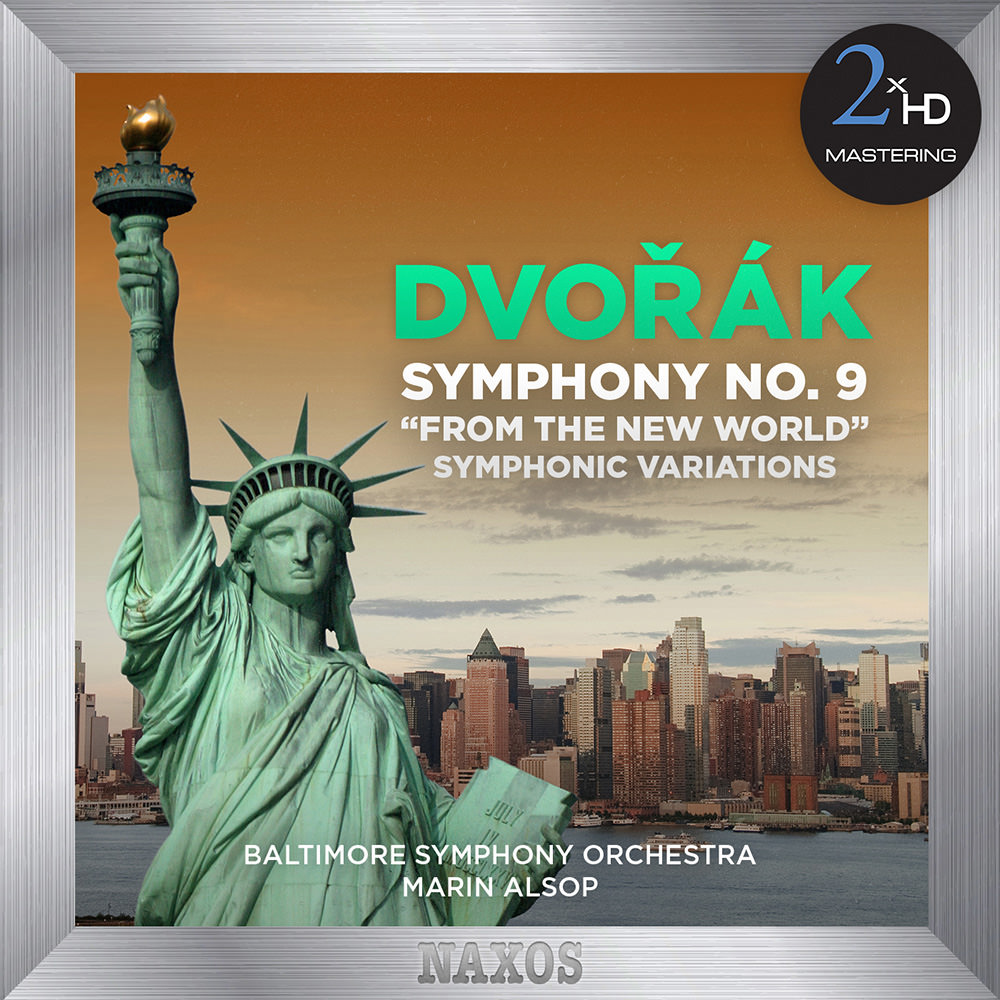 Dvořák: Symphony No. 9 "From the New World" - Symphonic Variations

"Five Stars ... it is rare to be able to say that a performance forces one to listen to a work anew, but this is exactly what Alsop's reading achieves. Excellently recorded ... a superb issue all round."
- BBC Music Magazine

"... a wonderful disk ... Alsop makes the work much more cohesive that it normally sounds ... this performance is a triumph! The recording is very bright and clear, with a wide perspective on the full orchestra: it especially captures the brass beautifully. The balance is superb and the dynamic range huge ... an essential addition to any collection ..."
- MusicWeb International

"... (Alsop) makes it very much her own, with her fine Baltimore orchestra responding with an account full of warmth, moments of high drama and, above all, finely paced with a flowing, spontaneous feeling. What makes this doubly recommendable is the superb account of the Symphonic Variations, inspired but surprisingly neglected. The recording is outstanding in every way, well balanced and vivid in detail ...".
- Gramophone

This recording by the Baltimore Symphony Orchestra and Marin Alsop is the first of three discs of Dvořák symphonies taken from live performances at Joseph Meyerhoff Symphony Hall in June 2007. The most popular of all Dvořák’s works and considerd among the greatest symphonies ever composed, the Symphony No. 9 makes an immediate appeal by virtue of a seemingly inexhaustible flow of melody and sparkling orchestration. The programme is rounded out by the Symphonic Variations, one of the composer’s most beautifully crafted and beguiling works.
192 kHz / 24-bit, 96 kHz / 24-bit PCM and 5.6448 MHz, 2.8224 MHz DSD – 2xHD - Naxos Studio Masters