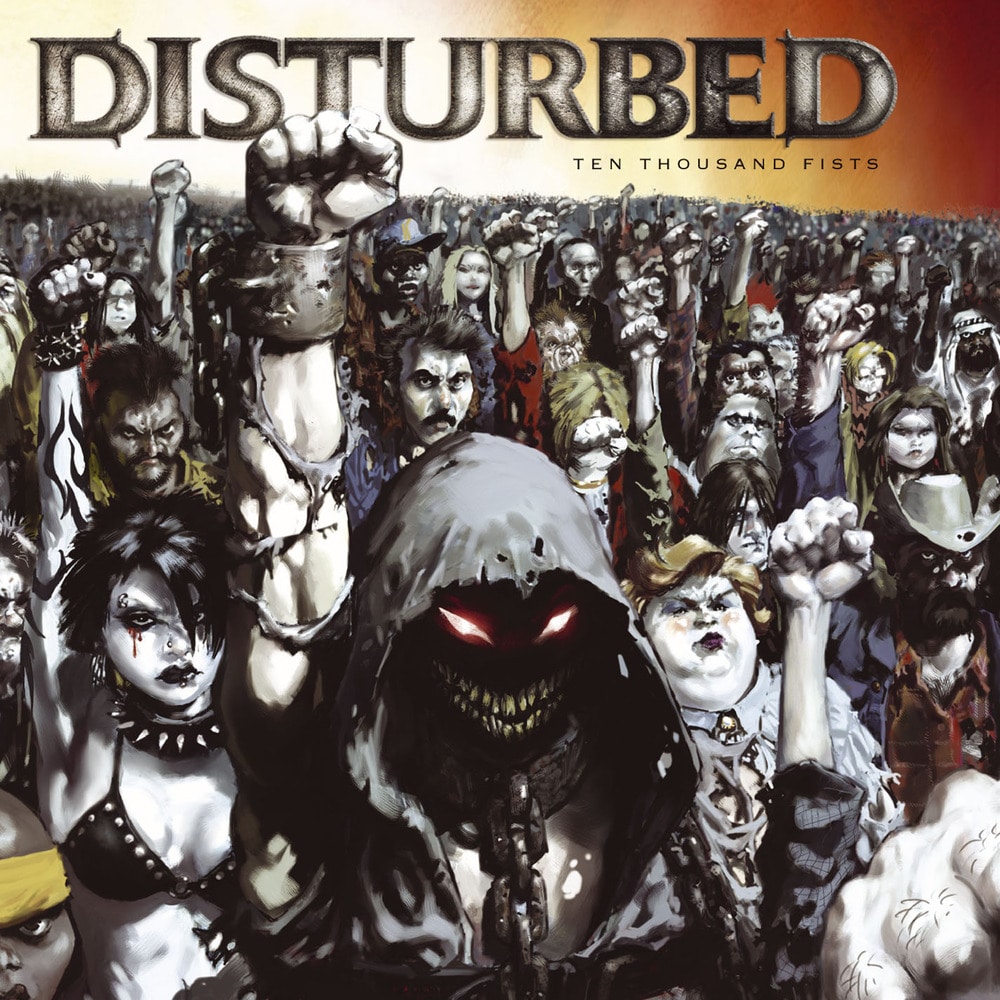 Available in MQA and 192 kHz / 24-bit, 96 kHz / 24-bit AIFF, FLAC high resolution audio formats
"The guitarist and drummer are an airtight team, and the session bassist capably underpins the guitar solos that are a welcome new addition to the band's sound [...] the best mainstream metal release since Judas Priest's Angel of Retribution." - The Village Voice Ten Thousand Fists is the third studio album by American heavy metal band Disturbed. It was released on September 20, 2005 and became Disturbed's second consecutive number 1 debut on the Billboard 200 in the United States. Ten Thousand Fists marks the first album with bassist John Moyer who replaced Steve Kmak following his dismissal in 2003. However, Moyer was considered a session musician during the time of recording, and only became a full-time member during the tour supporting the album.[3] It would be the band's third and final collaboration with mainstay producer Johnny K. In addition, Ten Thousand Fists is also the first album to feature their now-famous mascot The Guy on the cover; he would later appear full-bodied in the music video for the band's "Land of Confusion" cover. The album was dedicated to Dimebag Darrell, who was murdered the year before the album's release.[
192 kHz / 24-bit, 96 kHz / 24-bit PCM – Reprise Studio Masters