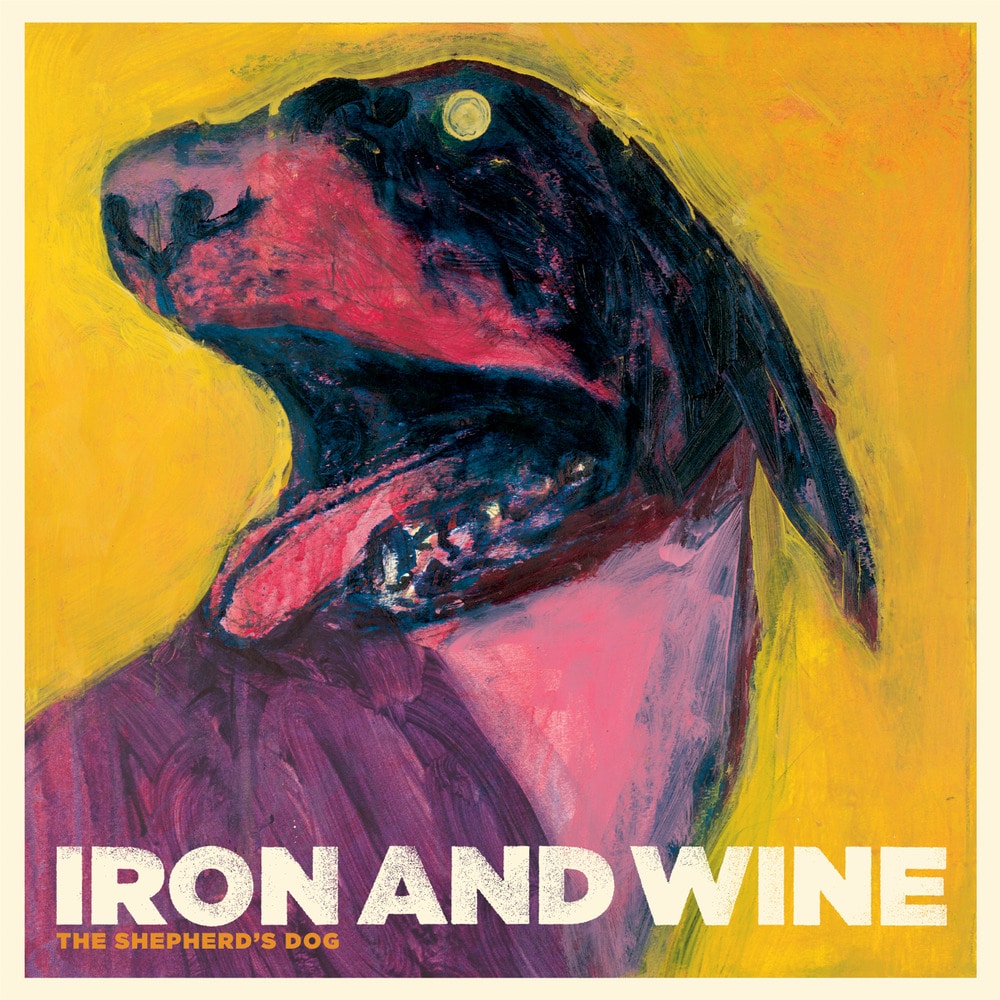 Iron & Wine’s 2005 release Woman King, a 6-song EP which distinguished itself from its predecessors with a deepening integration of spiraling, dense opuses with intimate confessionals. On The Shepherd’s Dog this integration is complete.

Sam Beam has confessed to finding spiritual inspiration in Tom Waits’ pièce de résistance, Swordfishtrombones, an album with which Waits upended his previous strategies and forged a new musical language for himself. Recorded by Sam with the assistance of longtime producer Brian Deck and engineer Colin Studebaker, The Shepherd’s Dog succeeds in accomplishing a similar cathartic recasting of the artist’s intentions.

The arrangements here are kaleidoscopic and rich. “White Tooth Man” rocks with a desperate, menacing intensity while “Boy with a Coin,” the album’s first single, is darkly playful with a handclap hook tumbling under its cascading melody. The whole album breathes. Its seductive rhythms percolate and undulate, from the Psych-Bhangra-redux of “Pagan Angel and a Borrowed Car” to the album’s last dance—a waltz—”Flightless Bird, American Mouth.” Compositionally, it is Iron and Wine’s most ambitious and accomplished recording to date. It’s also the most satisfying.
44.1 kHz / 24-bit PCM – Sub Pop Records Studio Masters