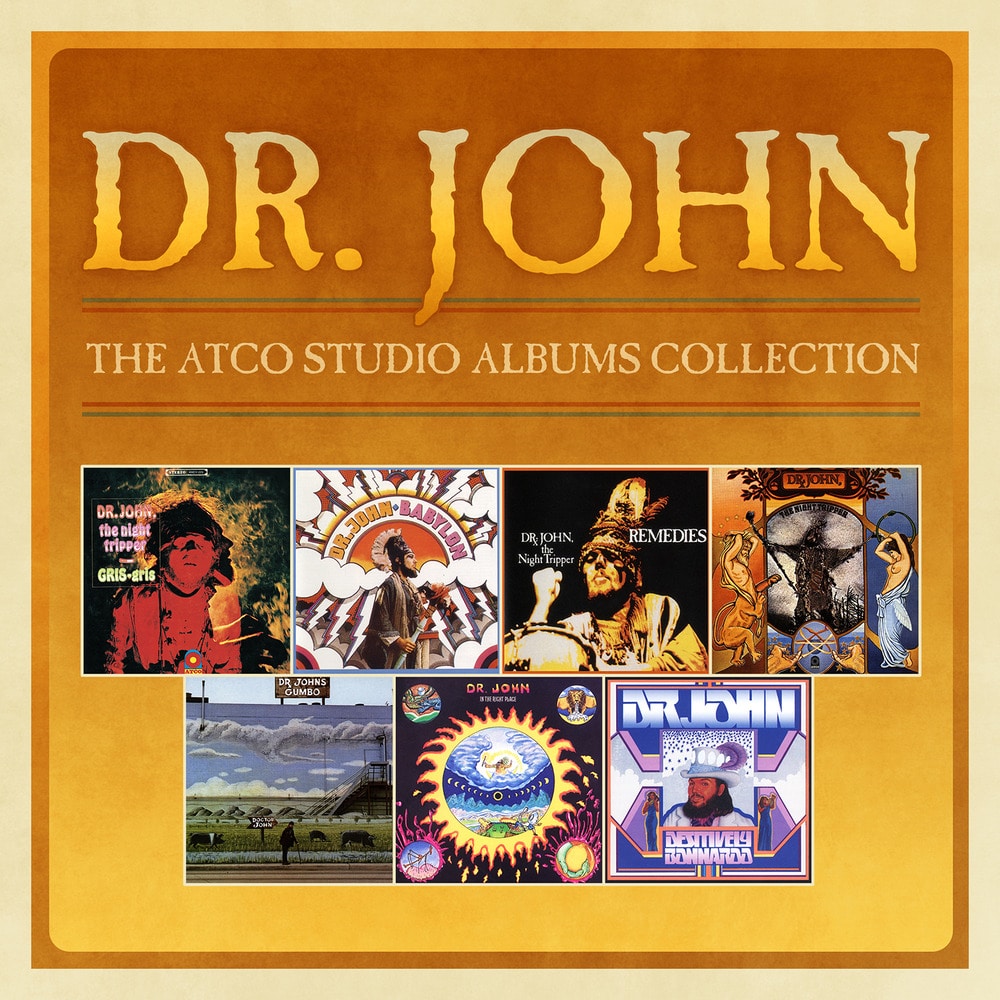 Available in MQA and 192 kHz / 24-bit, 96 kHz / 24-bit AIFF, FLAC high resolution audio formats
Mac Rebennack had paid his dues as one of New Orleans' most respected session pianists before taking the name “Dr. John” in the mid-1960s and beginning his rise to solo stardom. The performer signed to the Atco label, initially adopting a flamboyant hoodoo man persona before emerging as the Crescent City's leading musical ambassador in the 1970s. The Atco Studio Albums Collection charts the evolution of Dr. John on more than 60 tracks, including the studio albums Gris-Gris, Babylon, Remedies, The Sun, Moon & Herbs, Dr. John's Gumbo, in the Right Place and Desitively Bonnaroo in their entirety. From early sides like “I Walk On Guilded Splinters” to such hits as “Iko Iko,” “Right Place, Wrong Time” and “Such A Night,” The Atco Studio Albums Collection are the reason Dr. John has a place in the Rock and Roll Hall of Fame.
192 kHz / 24-bit, 96 kHz / 24-bit PCM – Rhino Atlantic Studio Masters