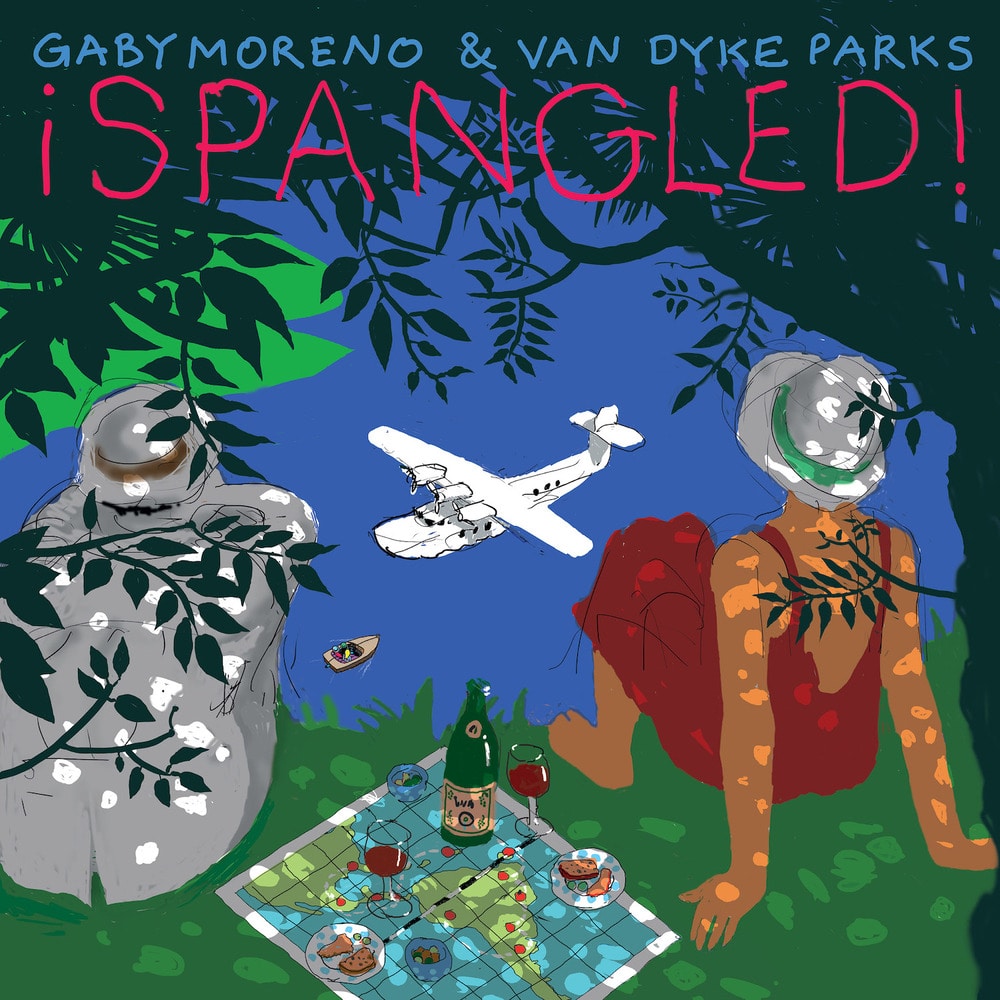 Available in MQA and 96 kHz / 24-bit AIFF, FLAC high resolution audio formats
"Parks' arrangements on ¡Spangled! lift Moreno's voice into a place that will delight and surprise her long-time fans as well as impress those who are just discovering her." - NPR ¡Spangled!—a collaboration between Guatemalan-born singer-songwriter Gaby Moreno and American musician, songwriter, arranger, and producer Van Dyke Parks—is out now on Nonesuch Records (on Metamorfosis in Latin America). The ten-song set celebrates the migration of song across the Americas and spans more than a century, including a bolero from Panama, a  bossa nova from Brazil, and an elegiac ballad from the Southwest United States—Ry Cooder, John Hiatt, and Jim Dickinson's "Across the Borderline," performed with Cooder and Jackson Browne. Gaby Moreno is a Guatemalan native who made Los Angeles her home almost two decades ago. She has established herself as a singer-songwriter with a repertoire incorporating blues, jazz, folk, and soul, performed in Spanish and English. She is a frequent guest on Chris Thile's Live from Here public radio show. Moreno was awarded a Best New Artist Latin Grammy in 2013 and garnered a nomination for Best Latin Pop Album at the 2017 Grammys for Illusion. She also is the co-composer of the theme for Parks and Recreation.  Van Dyke Parks is a storied composer, arranger, and producer who has worked with artists ranging from the Mothers Of Invention to the Beach Boys—as well as Phil Ochs, Harry Nilsson,  Little Feat, Inara George, and Joanna Newsom. He studied at the American Boychoir School in Princeton and later at Carnegie Tech, where Aaron Copland was one of his instructors. Parks has been an actor, a record executive, and composer and arranger on many Hollywood films. But it was in the early 1960s, when he was performing with his brother Carson Parks at coffee houses in Southern California that he began to explore and perform Latin American music in earnest.
96 kHz / 24-bit PCM – Nonesuch Studio Masters