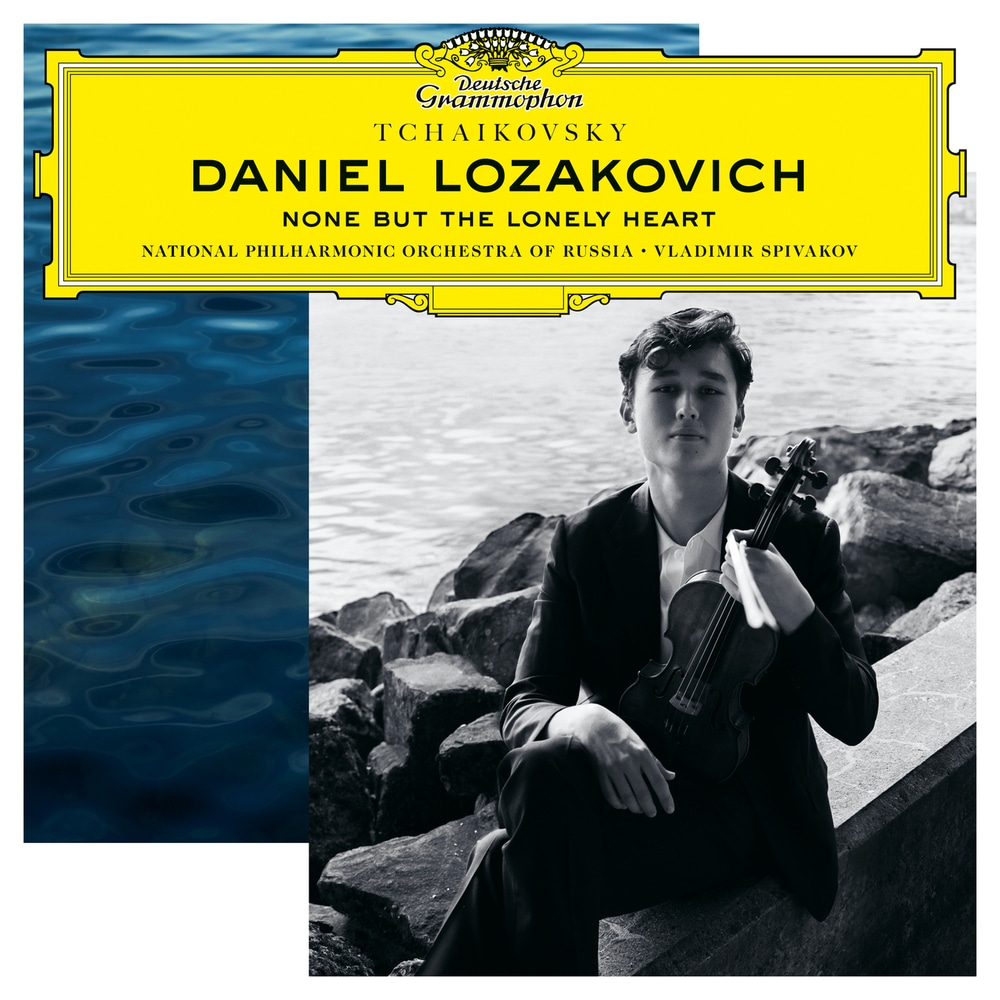 None but the Lonely Heart

Available in 96 kHz / 24-bit AIFF, FLAC high resolution audio formats
None but the Lonely Heart captures the extraordinary maturity of Daniel Lozakovich’s interpretations of Tchaikovsky. The 18-year-old violinist’s second album for the Yellow Label features a live performance of the composer’s Violin Concerto, recorded with the National Philharmonic Orchestra of Russia under the helm of conductor, and fellow violinist, Vladimir Spivakov, with whom Lozakovich made his solo debut in 2010. The album also includes other works by Tchaikovsky, among them the Méditation for violin and orchestra and arrangements of two vocal works, Lensky’s Aria from Eugene Onegin and the sublime Romance, Op.6 No.6, “None but the lonely heart”. “The concerto recording sessions at Moscow’s Svetlanov Hall flowed so well. Playing with Maestro Spivakov and the Russian National Philharmonic, I really felt the Russian soul of their sound. My favourite interpretation of the Tchaikovsky Violin Concerto has always been Maestro Spivakov’s recording. After the sessions he said to me, ‘I have played this concerto with my personal interpretation for the last 50 years. Now it’s your turn to do the same with this concerto for the next 50 years.’ That meant so much to me. He was the first conductor I worked with, the first to believe in and support me, and indeed I was delighted to win the inaugural Vladimir Spivakov International Violin Competition three years ago. Following this, it was with this orchestra and Maestro Spivakov that I first performed the Tchaikovsky Concerto. All these experiences contributed to the special and collaborative feelings I wanted to bring to our recording in the place where we first performed together nine years ago.” - Daniel Lozakovich
96 kHz / 24-bit PCM – Deutsche Grammophon (DG) Studio Masters