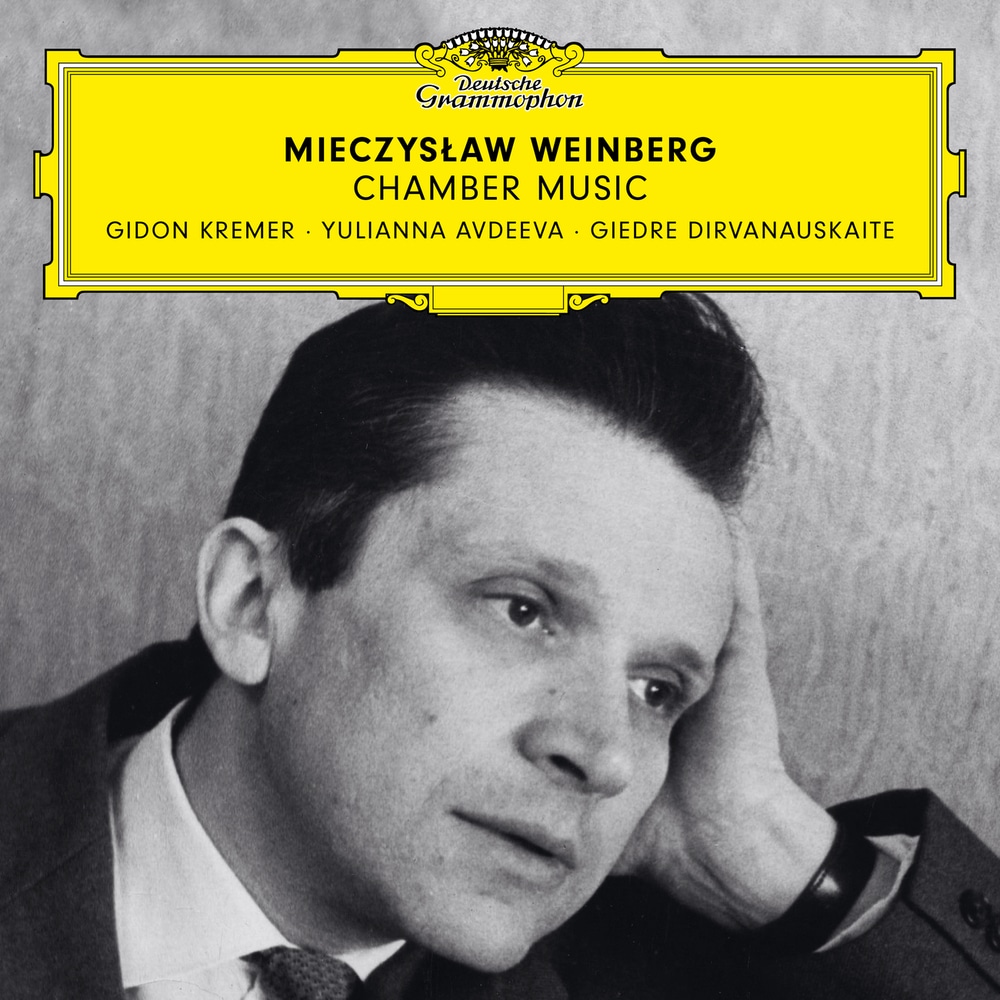 Available in 96 kHz / 24-bit AIFF, FLAC high resolution audio formats
Weinberg's music, often programmatic, was influenced by his friend Dmitri Shostakovich. Weinberg's corpus is extensive, including 22 symphonies and seven operas. Here, his chamber works are tackled by the accomplished collaborative efforts of Gidon Kremer, Giedre Dirvanauskaite and Yulianna Avdeeva. Among the world’s leading violinists, Gidon Kremer has perhaps pursued the most unconventional career. He was born on 27 February 1947 in Riga, Latvia, and began studying at the age of four with his father and grandfather, both distinguished string players. At the age of seven, he enrolled as a student at Riga Music School where he made rapid progress, and at sixteen he was awarded the First Prize of the Latvian Republic. Two years later he began his studies with David Oistrakh at the Moscow Conservatory. Gidon Kremer went on to win a series of prestigious awards. It was from this secure platform of study and success that Gidon Kremer launched his distinguished career. Over the past five decades he has established and sustained a worldwide reputation as one of the most original and compelling artists of his generation. Giedrė Dirvanauskaitė is a Lithuanian cellist. She is a laureate of several national competitions. As a soloist G. Dirvanauskaitė has performed with many different chamber and symphony orchestras of Europe, Asia, and the Middle East. In recent years Giedrė Dirvanauskaitė has extensively toured with many different chamber music formations. Yulianna Avdeeva gained international recognition when she won First Prize in the Chopin Competition in 2010. She has since embarked on a world-class career and her artistic integrity is rapidly ensuring her a place amongst the most distinctive artists of her generation. Described by the Financial Times as an artist who is "able to let the music breathe", Yulianna Avdeeva is always uncompromisingly and profoundly devoted purely to the music itself. Conjuring an impeccable combination of clarity, energy and elegance, Avdeeva wins audiences with her compelling honesty, wit and musical judgement.
96 kHz / 24-bit PCM – Deutsche Grammophon (DG) Studio Masters