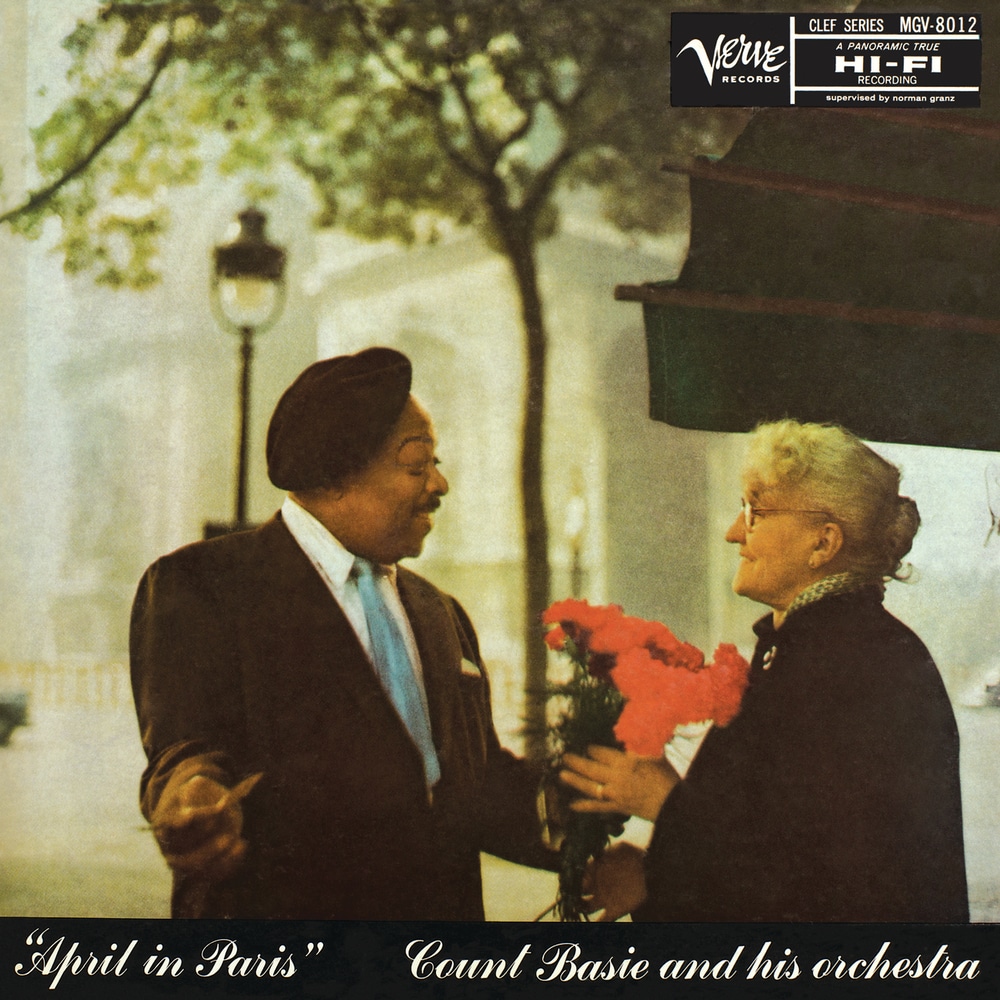 Count Basie And His Orchestra

Available in 192 kHz / 24-bit, 96 kHz / 24-bit AIFF, FLAC high resolution audio formats
"April In Paris is typical Basie fare of the period: bustling charts, leathery solos and pinpoint timing." - The Penguin Guide to Jazz Hailed upon its release as an instant classic, it’s not difficult to hear why from the opening bars of the title track. Count Basie’s April In Paris, whose title track also happens to be track one, side one, is big-band heaven and one of the great opening numbers on any album. Born on 21 August 1904, Basie is considered one of the greatest bandleaders of all time. April In Paris was recorded in New York over three separate dates, the first in July 1955, followed by two back to back days on 4 and 5 January 1956 It was one of the earliest albums to be released on Norman Granz’s new label, Verve Records, that had been launched at Christmas 1955.
192 kHz / 24-bit, 96 kHz / 24-bit PCM – Verve Studio Masters