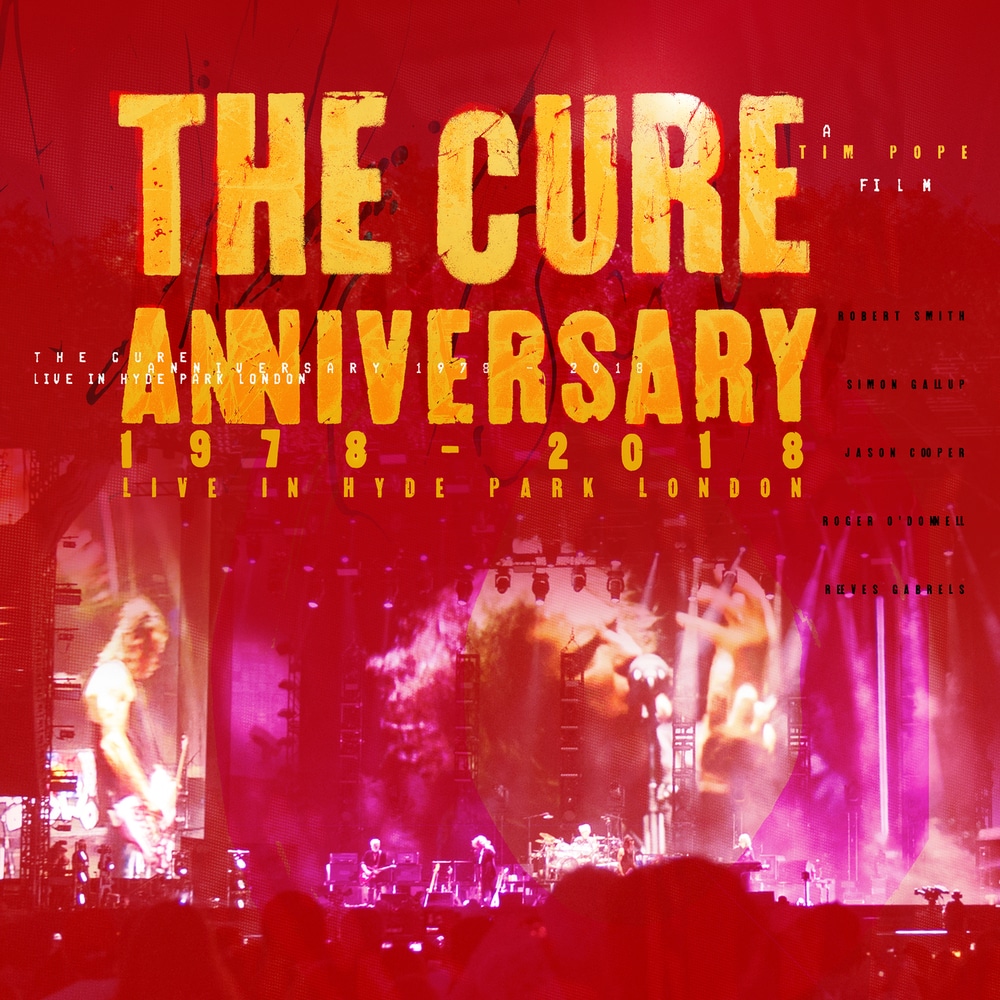 “The heavens smiled down on Hyde Park [that day], but with a setlist (which included huge hits such as ‘A Forest’ and ‘In Between Days’ as well as ‘Lullaby’) like that Robert Smith and co were only ever going to make for the ultimate festival band.

With Smith’s voice as strong and pure as it has ever been over the last four decades and the band clearly revelling in the joy of just playing, you sense that you’re witnessing that rare feat of a band perhaps entering their prime rather than their twilight years.”
- NME

The band’s acclaimed 135-minute anniversary concert. Recorded in one of London’s Royal Parks to a crowd of 65,000 fans, The Cure presented a four-decade deep set on July 7, 2018, including “Just Like Heaven,” “Lovesong,” “High,” and “The End Of The World.”