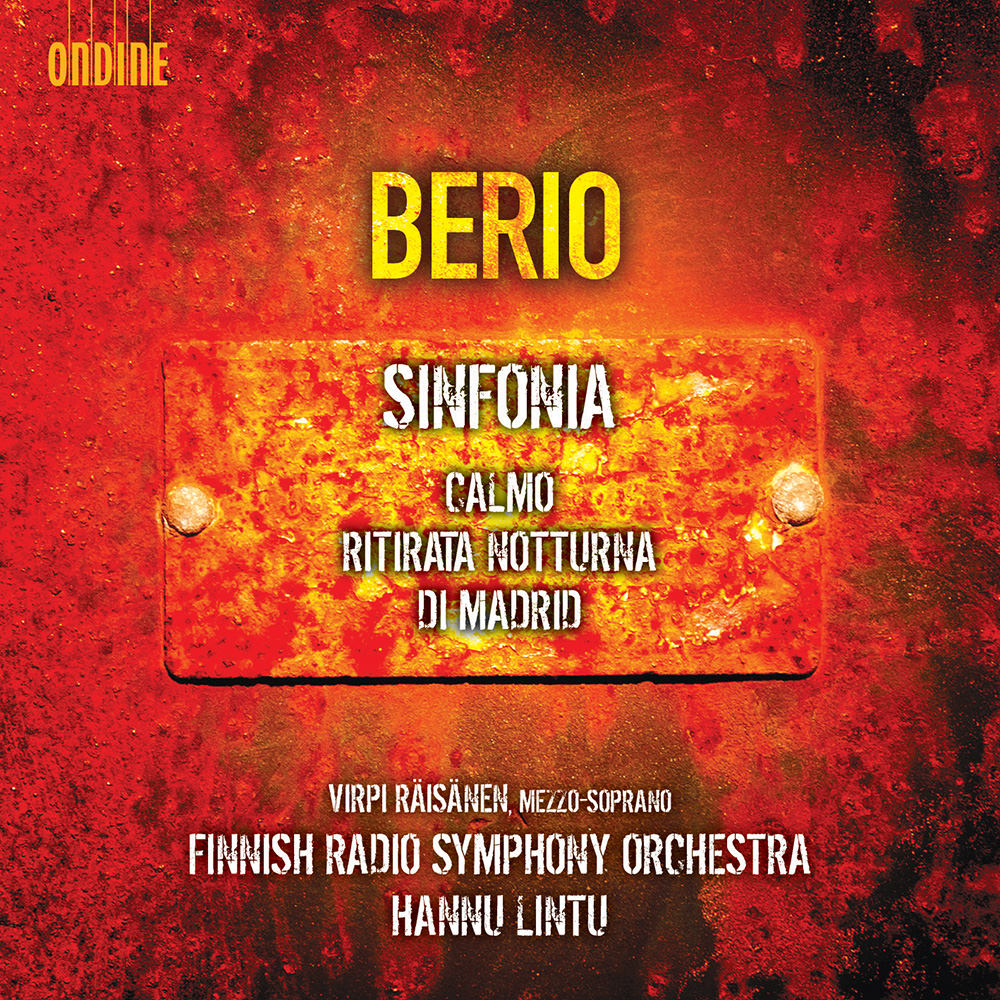 "Editor's Choice ... I hear and admire a rediscovery of the impatience and invention that drove Berio to write it, in the forward, piano-led instrumental balance and the unapologetic grandeur of the finale's climax."
- Gramophone

"With this release, it’s probably safe to say that Berio’s iconic Sinfonia has become a repertory staple. What makes this recording special, in its way, is the very 'ordinariness' of the interpretation. It’s a cool, clean performance ... an interesting disc ... extremely well-engineered ..."
- ClassicsToday.com

"Five Stars. Disc of the Month. A bona fide masterpiece is given a bona fide mastery reading ... truly a tremendous effort by all concerned, not surprising from these forces and this label ... sets some pretty high standards ... the hi-res sound is splendid here, as are all the performances. Somewhat of an essential disc I would say."
- Audiophile Audition

Hannu Lintu conducts the Finnish Radio Symphony Orchestra on these 20th century masterpieces by Luciano Berio, the pioneer of Italian modernism. Critics were unanimous and lavish in their praise for this recording, both for the performances and the stunning sound. A highlight of the progamme is Berio's iconic five-movement Sinfonia, undoubtedly his most well known work. Dedicated to Leonard Bernstein, it has become one of the key pieces and principal musical manifestations of the 1960s. Mezzo-soprano Virpi Räisänen joins the orchestra on the Calmo, written by a grieving Berio after the death of fellow composer and friend Bruno Maderna.
48 kHz / 24-bit PCM – Ondine Studio Masters