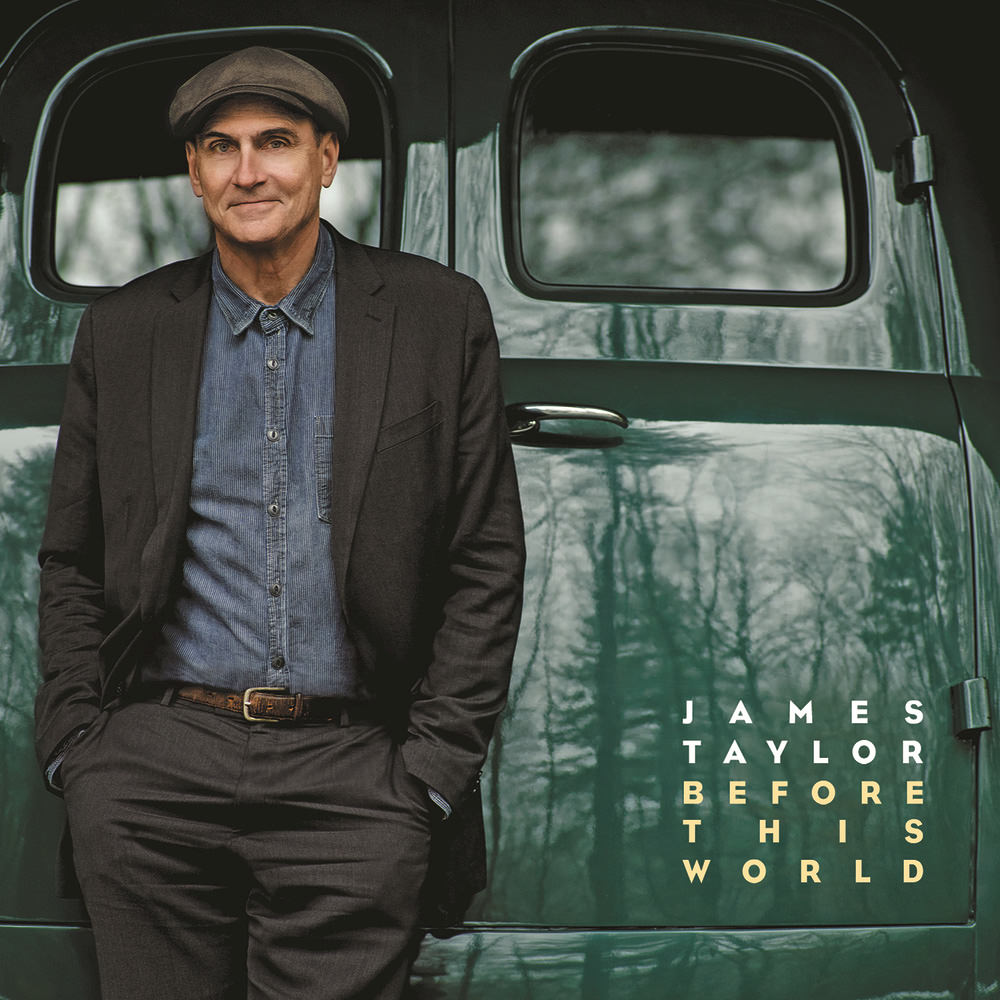 "... a collection of mellow, folky music that's reminiscent of his enduring work from the 1970s."
- Rolling Stone

Before This World is the first album from James Taylor in 13 years and an album he felt he had to make. Cutting all ties with family and friends, he isolated himself in an apartment in Newport, Rhode Island and wrote this batch of songs with subject matter ranging from his own personal rehab to the Boston Red Sox. Recorded at his home studio in Massachussetts, Taylor enlisted the longtime members of his touring band for the sessions including bassist Jimmy Johnson, drummer Steve Gadd, guitarist Michael Landau, keyboardist Larry Goldings and percussionist Luis Conte. Taylor's close friends Yo-Yo Ma and Sting make guest appearances and his wife Kim and son Henry sing harmony on two songs.

"I got out of the habit of writing songs for about 10 years. I just never prioritized it. I hadn't been able to convince my manager, my wife and my kids that this had to be a priority. But I said to them, 'If I don't get this record written, I don't know what's going to happen.' And then they let me go."
- James Taylor
96 kHz / 24-bit PCM – Concord Records Studio Masters