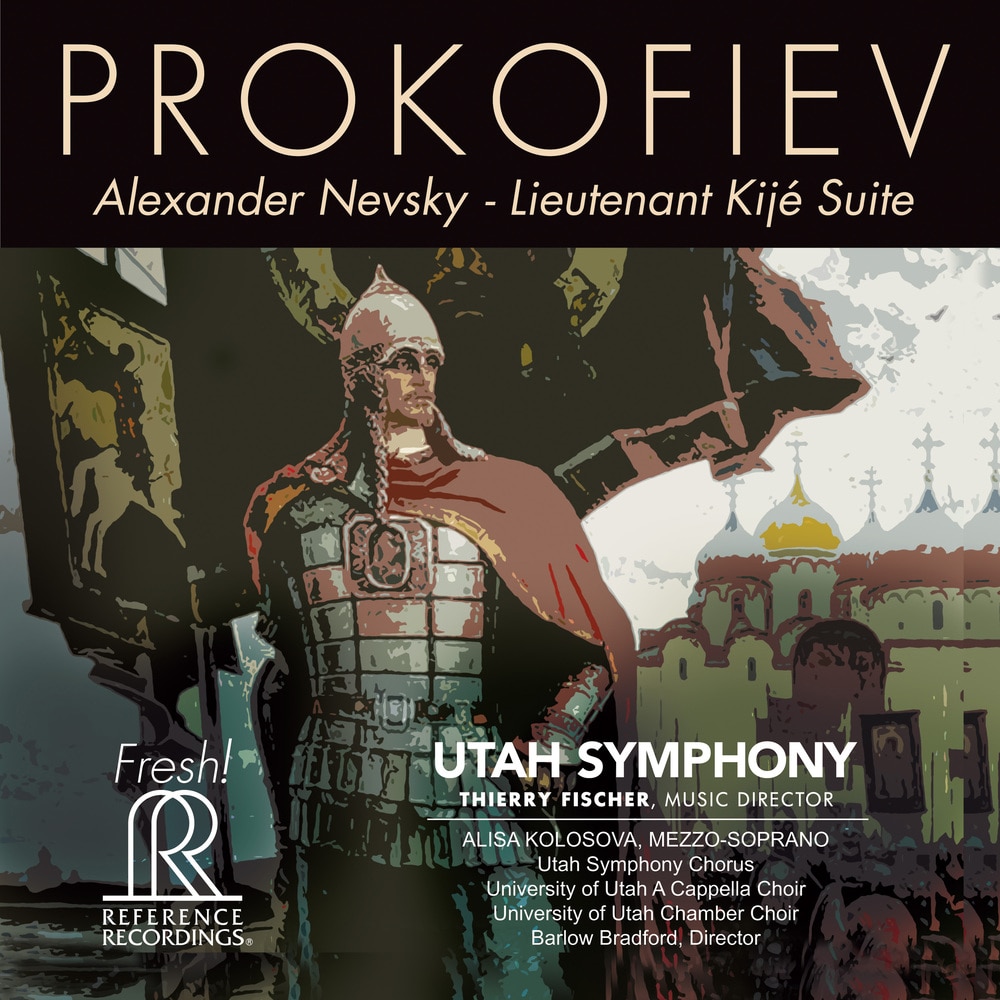 Available in 192 kHz / 24-bit, 96 kHz / 24-bit AIFF, FLAC high resolution audio formats
The Russian composer Sergei Prokofiev was one of the giants of 20th century music. Reference Recordings is proud to present the Utah Symphony conducted by Thierry Fischer, in grand new performances of "Alexander Nevsky" and the "Lieutenant Kijé Suite", two of his most brilliant and dramatic musical works. The music of Lieutenant Kijé was originally written as the score to the film of the same name, released in March 1934. Prokofiev soon adapted it into the five-movement Lieutenant Kijé Suite, first performed in December 1934, and which quickly became a favorite in the international concert repertoire. Then, in 1938, Prokofiev collaborated with film director Eisenstein to create the score for the film Alexander Nevsky. He later adapted much of his score into the large-scale cantata for mezzo-soprano, orchestra and chorus featured on this recording.
192 kHz / 24-bit, 96 kHz / 24-bit PCM – Reference Recordings Studio Masters