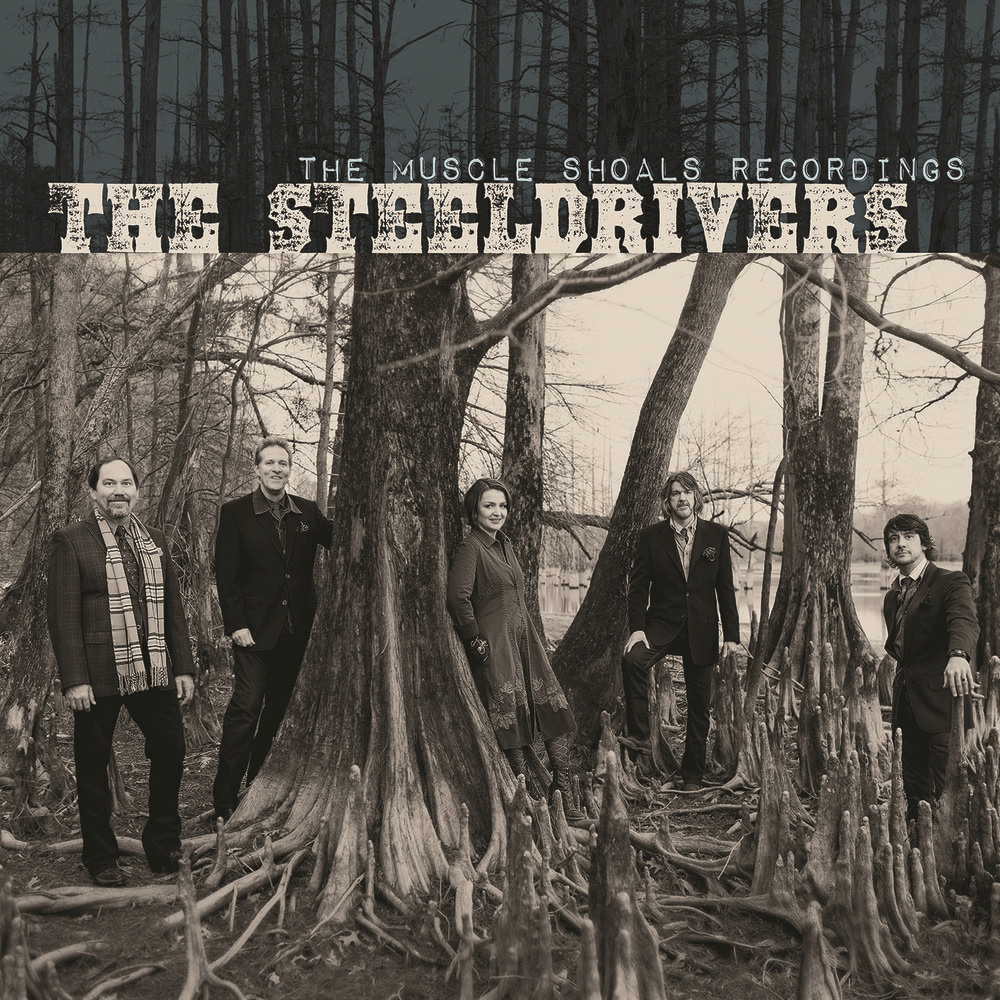 "That a bluegrass band is about to release an album titled The Muscle Shoals Recordings makes perfect sense in the case of the SteelDrivers, who have always mixed some soul into their ’grass ..."
- The Boston Globe

The SteelDrivers have become one of the most successful bands on the contemporary bluegrass scene thanks to an innovative, soulful sound. This fourth album from the quadruple Grammy nominees is largely inspired by the legendary music mecca Muscle Shoals, an area of intermingling, experimentation and exultation. It’s also the hometown of SteelDrivers lead vocalist and guitarist Gary Nichols, whose bandmates made the two-and-a-half hour trek from Nashville to Sheffield, Alabama, to the NuttHouse Recording Studio to record the album, mostly written by Nichols and fiddler and vocalist Tammy Rogers. There, they conjured a singularly compelling sound, drenched in soul, blues, bluegrass, R&B, country and rock ’n’ roll. Jason Isbell, Nichols’s friend and musical compatriot since childhood, contributed slide guitar and produced two of the album’s 11 tracks.
88.2 kHz / 24-bit PCM – New Rounder Studio Masters