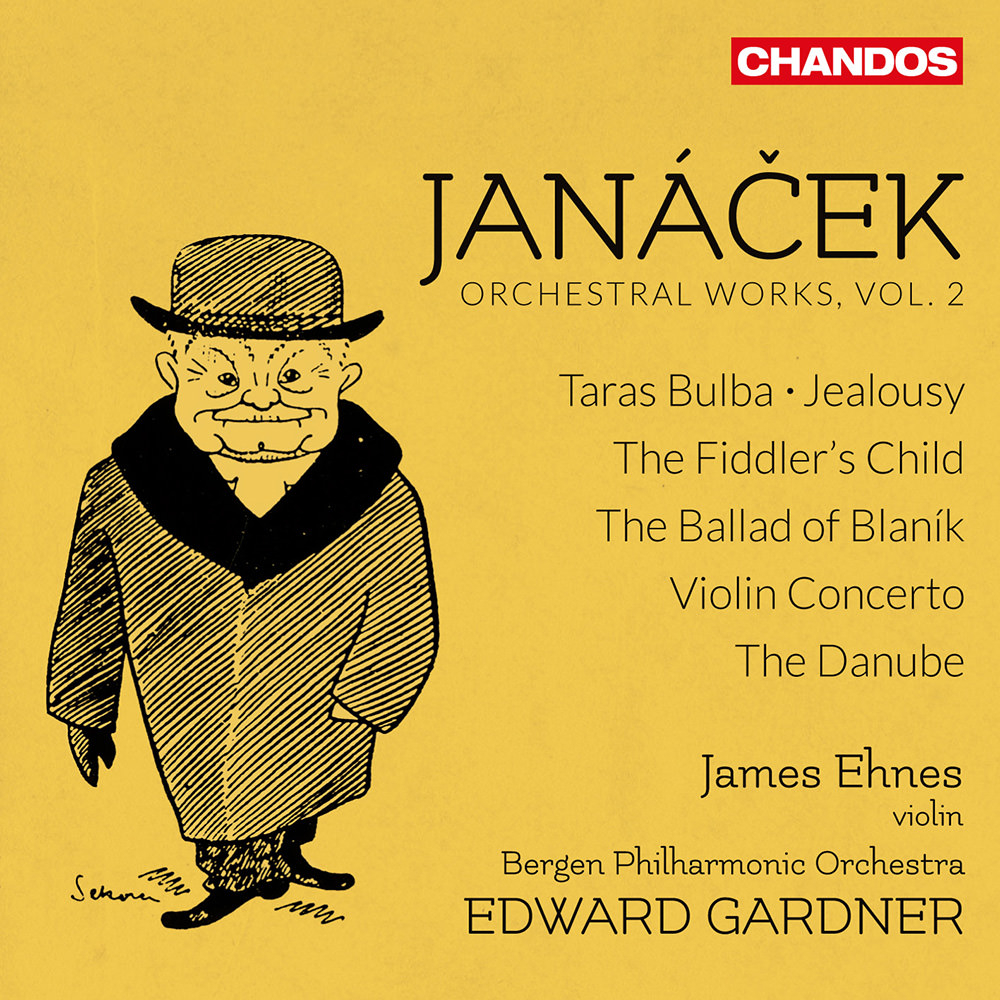 Available in 96 kHz / 24-bit AIFF, FLAC high resolution audio formats
"This excellent disc is a curious mixture of rejected, real and reconstructed Janáček ... one is immediately aware of the very best Chandos sound and of music performed by an orchestra of the utmost virtuosity in the very best, colourful Eastern European style." - MusicWeb International This is the second volume in a series devoted to the orchestral works of Janácek from the Bergen Philharmonic Orchestra and Edward Gardner. The repertoire includes some of the greatest programmatic pieces written by the composer, notably the one-movement Violin Concerto which stars acclaimed soloist James Ehnes. The album also contains an interpretation of the famous tale by Gogol, Taras Bulba, Janácek’s most substantial orchestral work to that point. It is inflected with folk dances, battle and equestrian music, suffering and love, all brought to a grandiloquent apotheosis in orchestration of almost cinematic vividness.
96 kHz / 24-bit PCM – Chandos Studio Masters