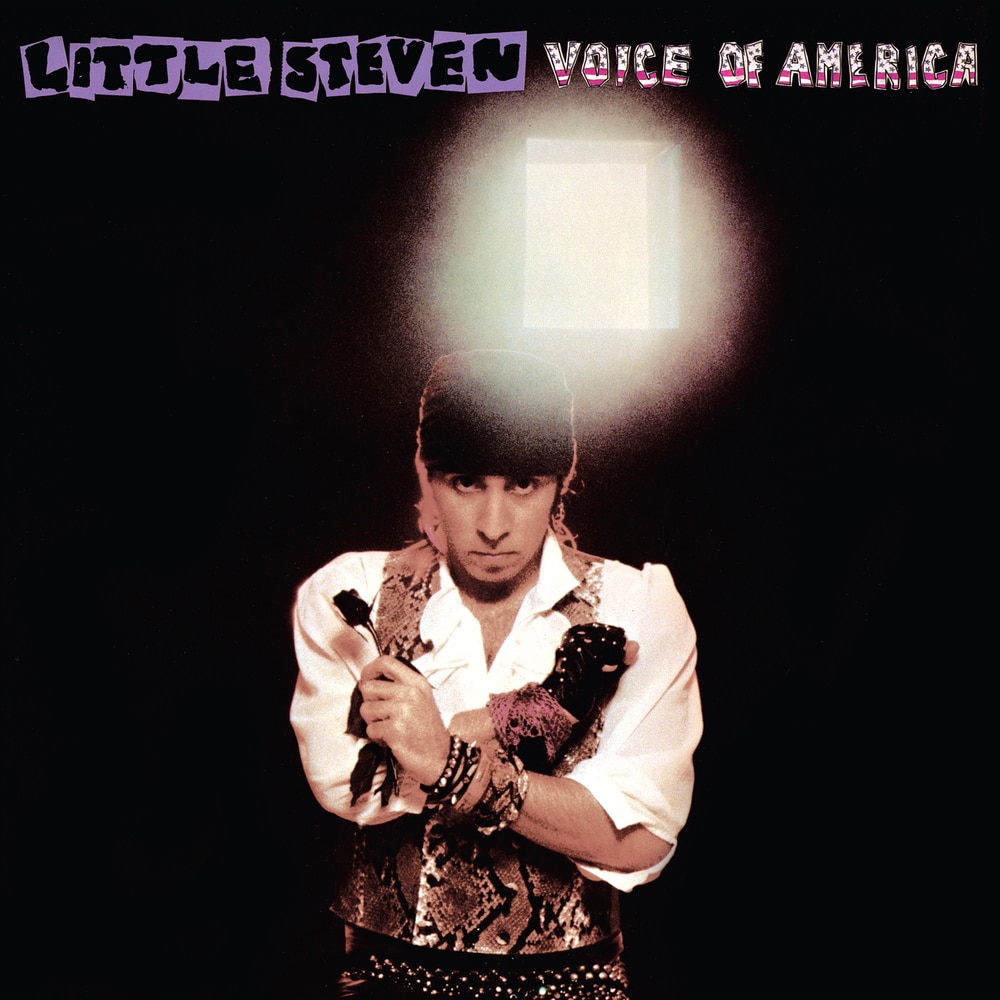 Voice of America is the second solo album by Little Steven & the Disciples of Soul released on May 7, 1984, four weeks before Bruce Springsteen released Born in the U.S.A.

"Out of the Darkness", a synthesizer-led anthem with sweeping arena rock atmosphere, garnered some airplay, as well as music video play on MTV, and was effective in concert, while the somewhat softer and evocative "Checkpoint Charlie" also received considerable radio airplay. "Los Desaparecidos" gained praise as an effective protest song on behalf of the 1970s and 1980s victims of state-sponsored forced disappearance in South America. On other songs, the political viewpointing became more strident and was criticized as somewhat artless.

"I Am a Patriot", which held roughly that dissent was not disloyalty, became a favorite song of Jackson Browne, who covered it on his 1989 album World in Motion and who frequently performed it in his concerts. In 2004, the two would duet on the song during the last of the "Vote for Change" shows. Pearl Jam has covered the song as well.
96 kHz / 24-bit PCM – Steven Van Zandt Catalog Studio Masters