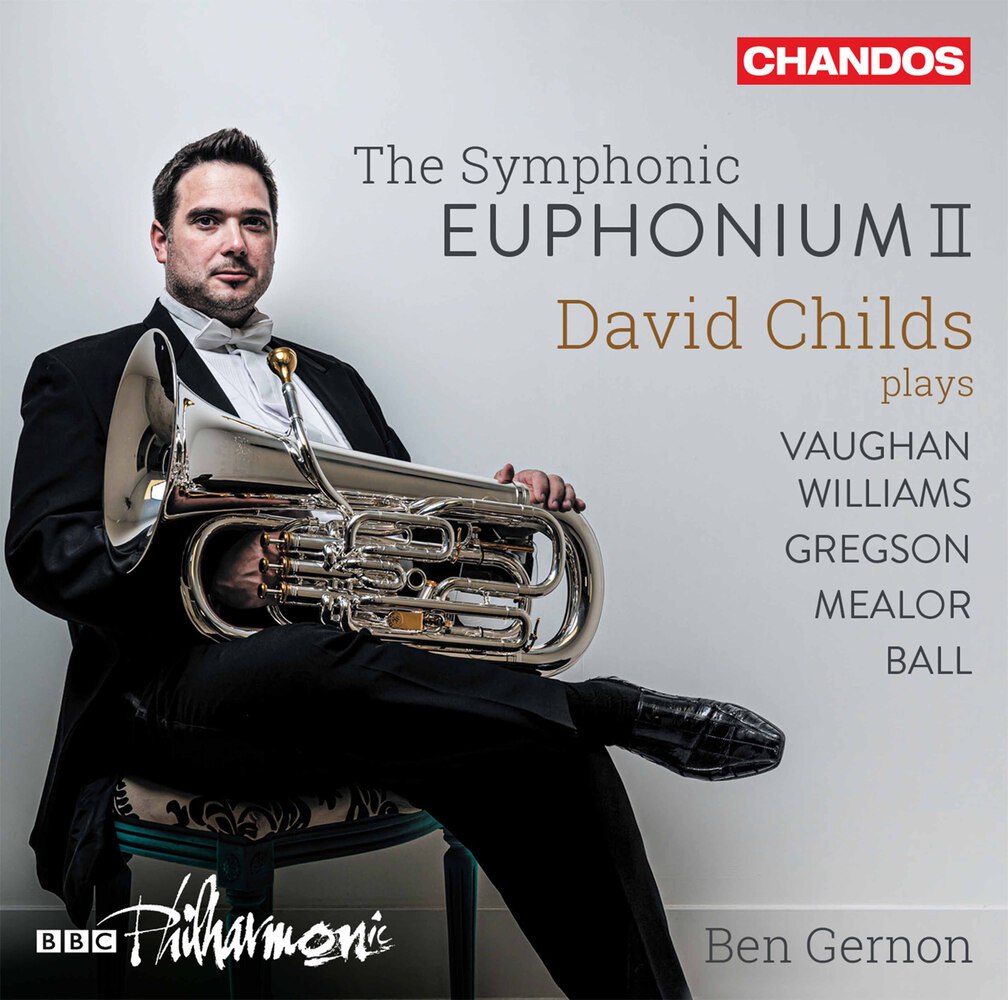 Unlocking the full potential of the euphonium as a concerto instrument with symphony orchestra has been an ambition for David Childs since he premiered the orchestral version of Philip Wilby’s "Euphonium Concerto" in the BBC Young Musician of the Year final in 2000. The four compositions on this album are all results of that ambition, in different ways.

Written for the Golden Jubilee celebrations of the London Symphony Orchestra, Vaughan Williams’s "Tuba Concerto" was premiered, at the anniversary concert in 1954, by the orchestra’s principal tubist, Philip Catelinet. After the premiere the possibility of creating a version for tenor tuba (euphonium) was initiated by Catelinet, Vaughan Williams approved, but its commercial viability was questioned.

Over six decades later, with the approval of OUP and the Vaughan Williams Charitable Trust, an edition for tenor tuba and orchestra has been realised for this recording by David Childs and the orchestrator Rodney Newton.

The other three concertos on this disc were all commissioned by David Childs.
96 kHz / 24-bit PCM – Chandos Studio Masters