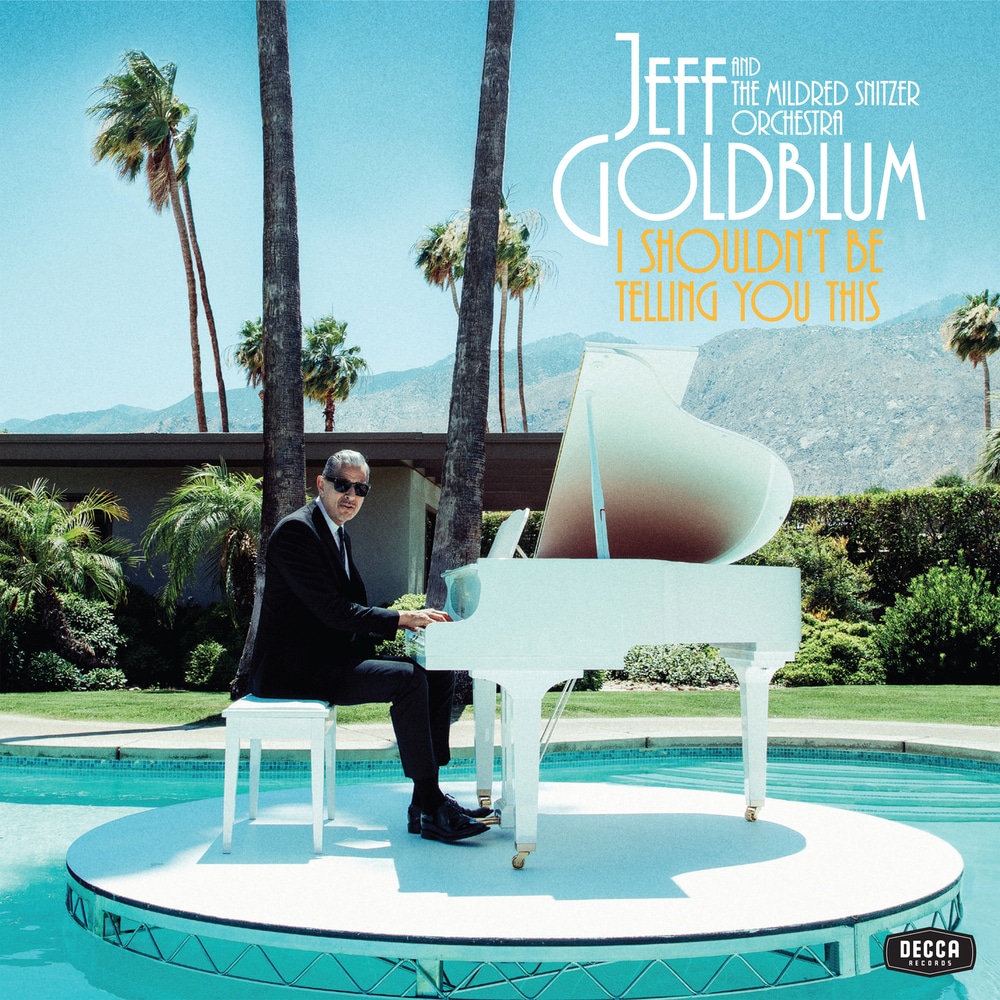 I Shouldn’t Be Telling You This

Available in 96 kHz / 24-bit AIFF, FLAC high resolution audio formats
Jeff Goldblum, along with his long-time band The Mildred Snitzer Orchestra, has released the enticingly-titled album I Shouldn’t Be Telling You This. The album features an impressive array of surprising duet guests. With playing that is “as loose and improvisational as his acting” (Daily Telegraph) Goldblum yet again brings his on-screen charisma and eccentricities to the piano, with a style that is totally unique. And this time, we are treated not only to his piano-playing skills but to his incredibly distinctive voice, as the man himself takes centre stage to sing ‘Little Man, You’ve Had A Busy Day’. First released on Decca in 1934, it is here particularly poignant coming from the father of two young Goldblum sons. The album cover image was shot at Frank Sinatra’s house and shows Goldblum playing the white baby-grand on a floating stage in the middle of the piano shaped swimming pool. Recorded in the heart of Hollywood, at Henson Recording Studios (home to records from Herb Alpert, John Lennon, The Carpenters, Joni Mitchell and Carole King), with ‘I Shouldn’t Be Telling You This’ Jeff Goldblum and The Mildred Snitzer Orchestra again deliver the feel and the swing like no one else.
96 kHz / 24-bit PCM – Decca (UMO) Studio Masters