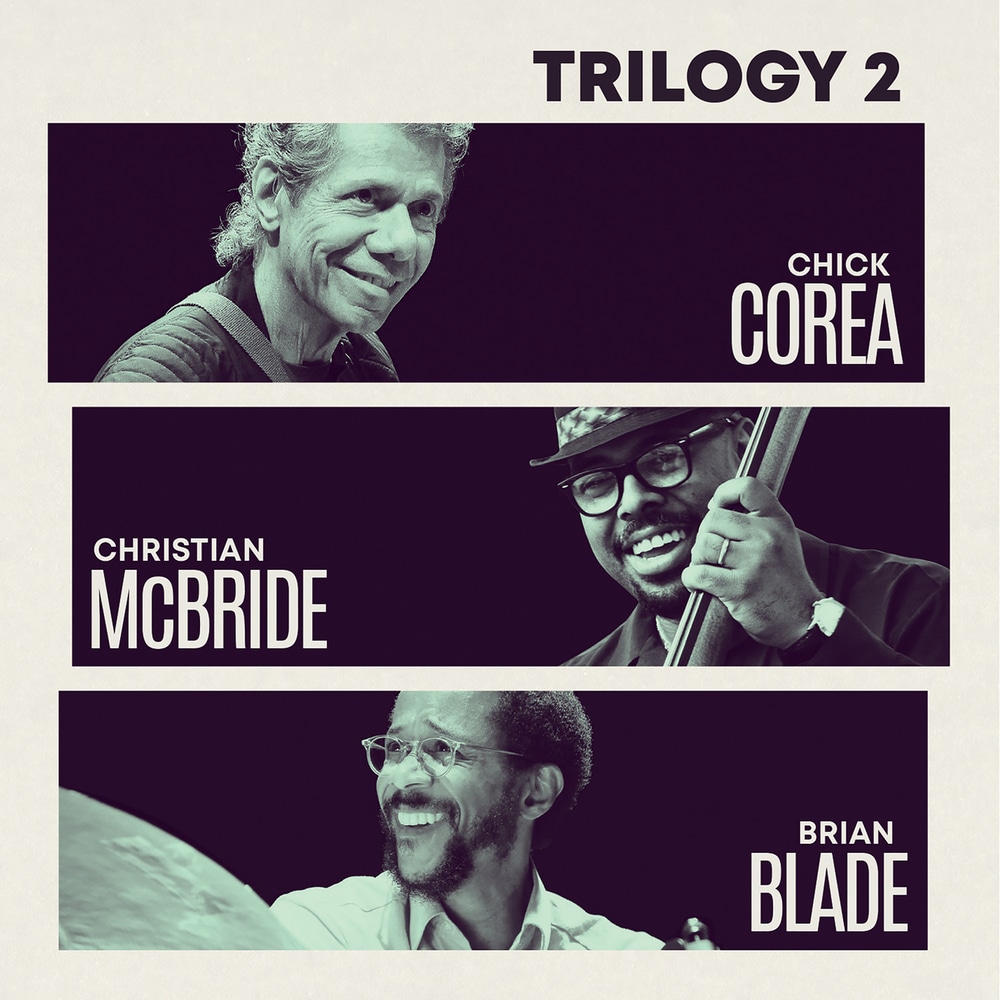 When an iconic pianist like Chick Corea gets together with such modern masters as bassist Christian McBride and drummer Brian Blade, perhaps it should come as no surprise that the music they create together is absolutely magical. Their 2014 release Trilogy earned universal acclaim, including a pair of GRAMMY Awards (Best Jazz Instrumental Album and Best Improvised Jazz Solo for “Fingerprints”), and confirmed the trio as one of Corea’s most revered ensembles.

Despite sprawling across three jam-packed discs, Trilogy left fans everywhere clamoring for more. So when the three virtuosos reunited for another world tour, the results were captured for posterity and the highlights are now collected on the long-awaited follow-up, Trilogy 2. The double album is another treasure trove of sparkling energy and thrilling in-the-moment invention.

Each member of this trio is a giant in the jazz world and beyond, but the peerless chemistry they share elevates their collaborations into the realm of the truly special. Even before coming together as a self-contained unit, the three had gelled on tour with Corea’s Five Peace Band, an electrifying all-star ensemble he co-founded with fellow legend, guitarist John McLaughlin, and featuring Kenny Garrett on saxophone. On their own, the trio pairs high-caliber musicianship with an easy camaraderie, making for music that is as artistically exhilarating as it is fresh and playful.
192 kHz / 24-bit PCM – Concord Jazz Studio Masters