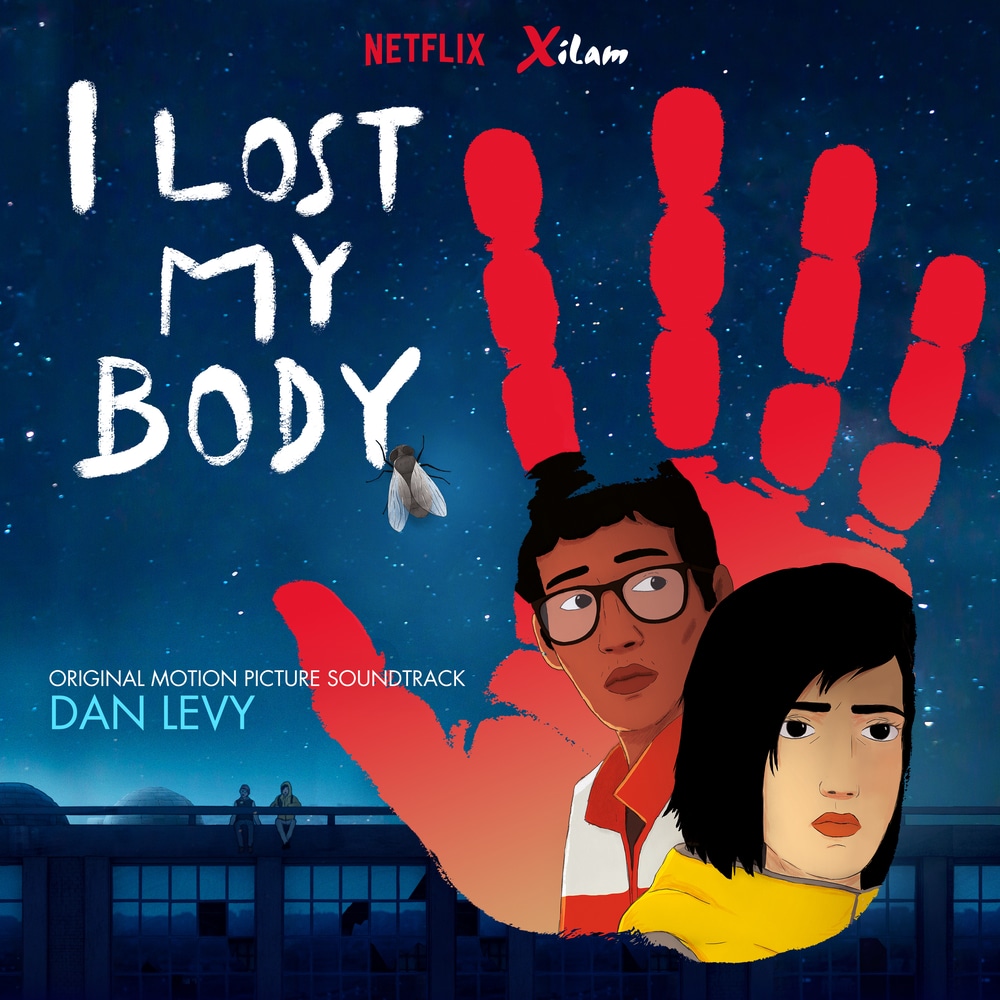 Dan Levy’s score to the Netflix animated feature I Lost My Body. Levy is one half of the French electro-pop duo The Dø, along with Olivia Merilhati. He also produces for S+C+A+R+R who is featured on the album.

“Music is a powerful thing; it can be an emotional experience that surfaces new ideas about reality and truth,” says Dan Levy of his experience scoring the film. “Working on I Lost My Body was the first time I scored an animated film, and I was seduced by the magic that emanated from the intense and painstaking work that goes into creating a film like this.”

An unforgettable visual journey from director Jérémy Clapin, I Lost My Body follows a severed hand as it escapes a Parisian laboratory and treks across the city in search of the rest of its body. The film won the Nespresso Grand Prize at the Cannes Film Festival, the first animated film ever to do so.
48 kHz / 24-bit PCM – Lakeshore Records Studio Masters