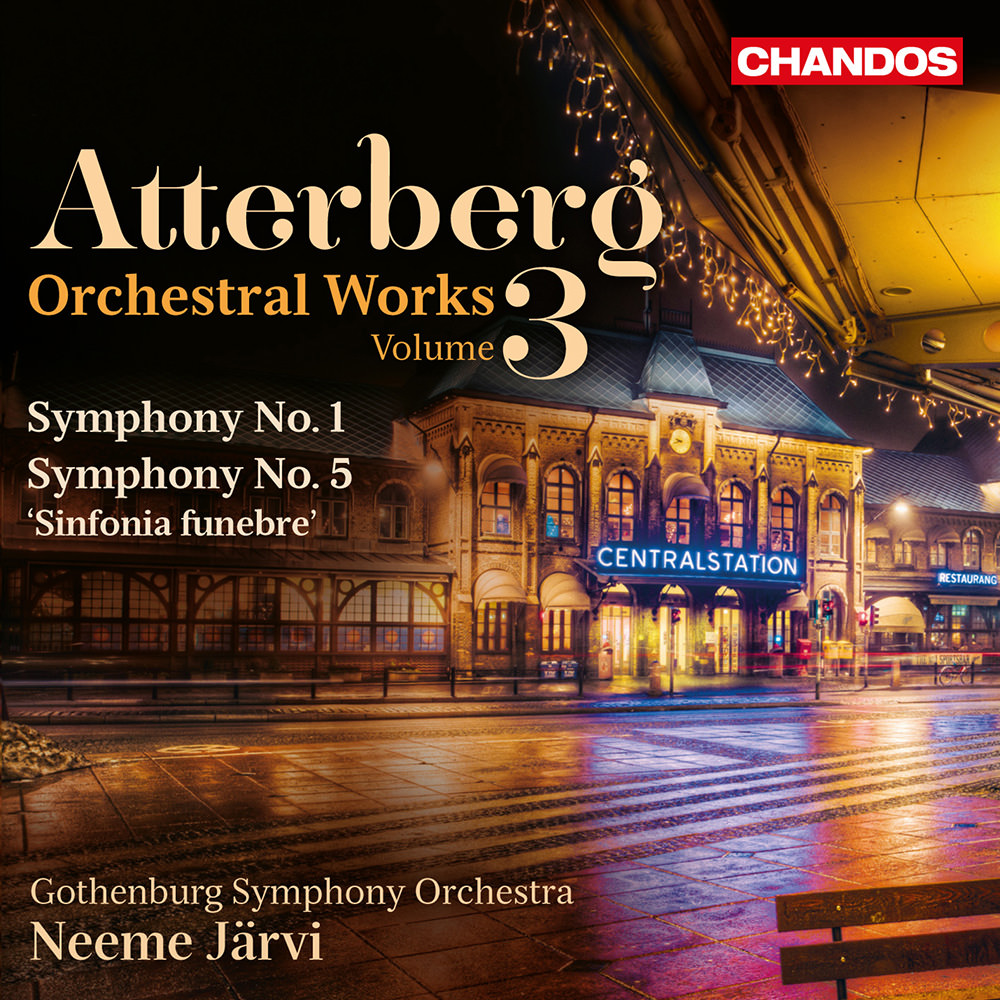 Available in 96 kHz / 24-bit AIFF, FLAC high resolution audio formats
Neeme Järvi and the Gothenburg Symphony Orchestra continue their Atterberg survey with this third volume of symphonies. The Symphony No. 1, considered "modern" at the time of its premiere in 1912, brought Atterberg worldwide recognition. The composer made several revisions to his Symphony No. 5, even rewriting the last movement 25 years later; it is the revised version that has been recorded here.
96 kHz / 24-bit PCM – Chandos Studio Masters