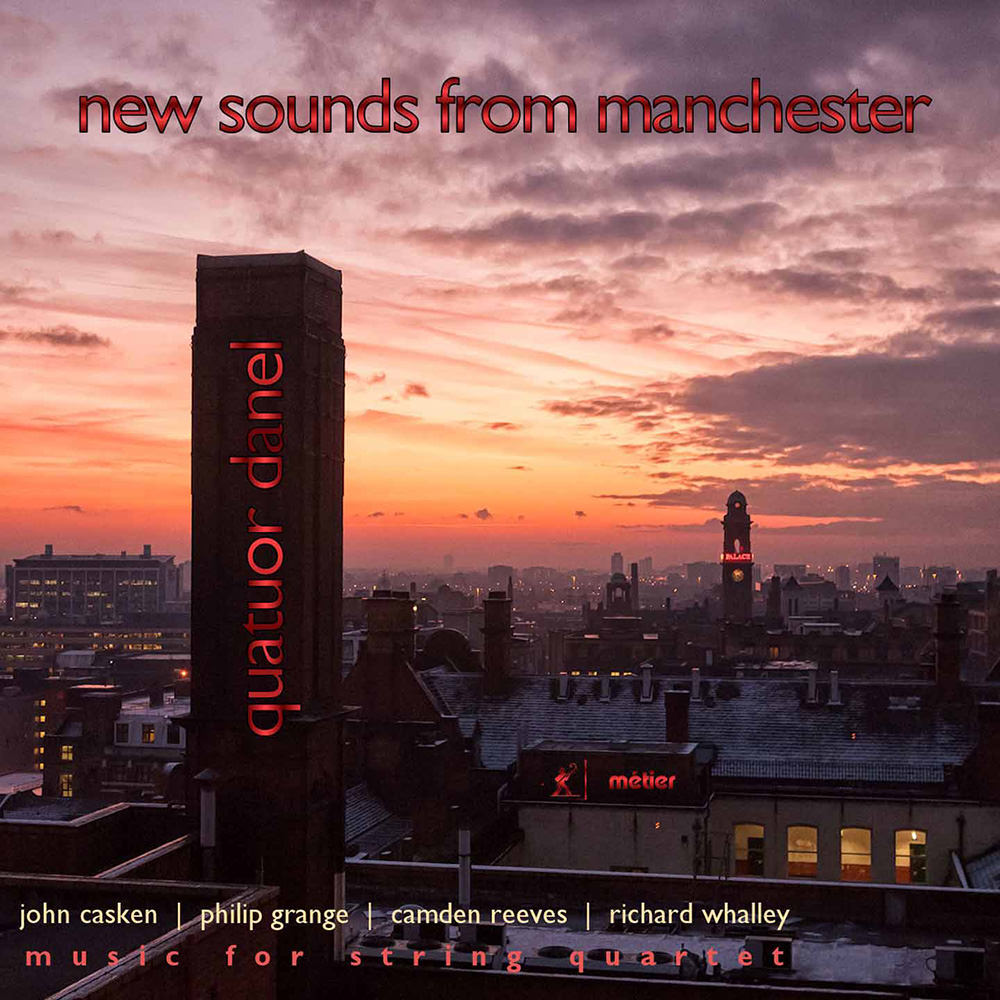 This unusual collection contains world premiere recordings of adventurous works for string quartet by four composers who are linked by their teaching work in Manchester, England, an active hotspot of new music. The marvelous Quatuor Danel, the quartet in residence at the University of Manchester, performs works of exceptional distinctiveness and inspiration by established composers John Casken and Philip Grange and two of the new generation, Camden Reeves and Richard Whalley.
96 kHz / 24-bit PCM – Metier Studio Masters