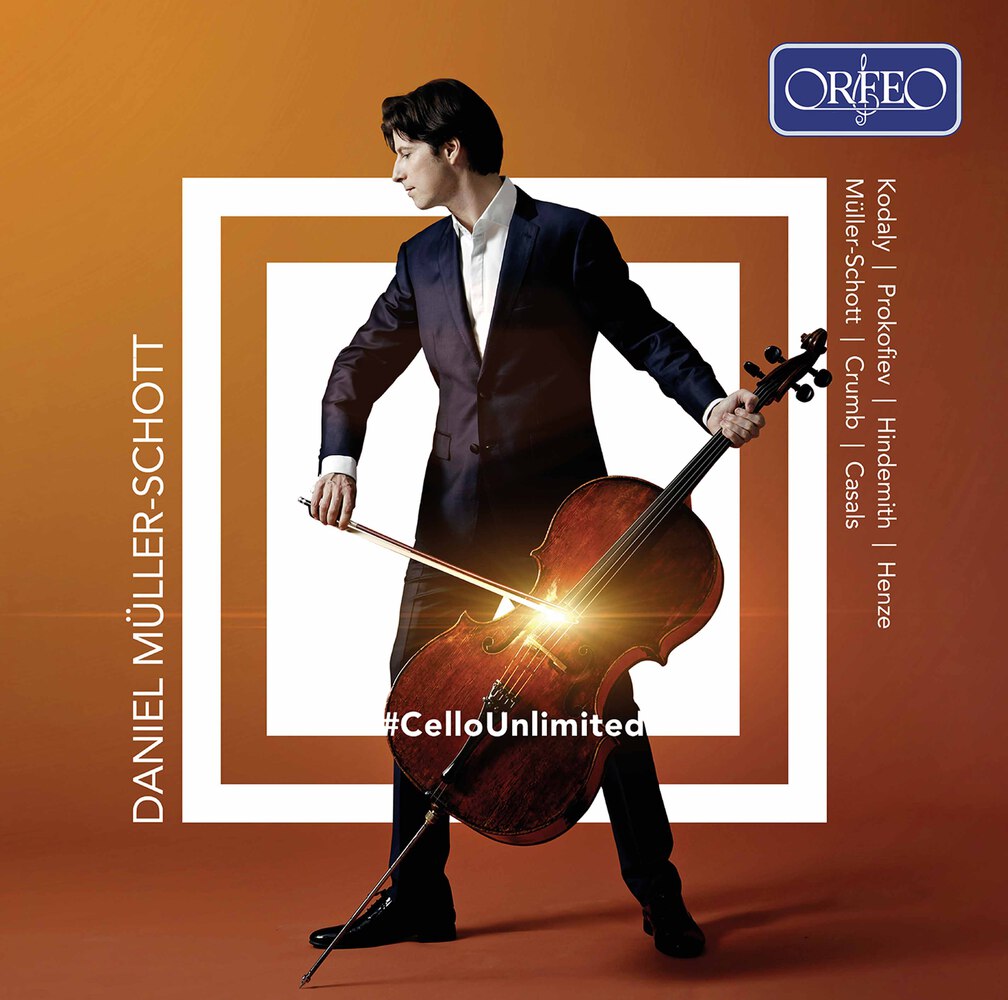 After the suites by Johann Sebastian Bach in the early 18th century, nothing happened for a long time in the genre of works for solo cello. But the work that put an end to this period of no production was a weighty one: the almost monumental sonata by Zoltan Kodaly of 1915 set high standards for other composers. Indeed, subsequently not only many works were written, but also highly differing ones, among which the half-hour work by the Hungarian composer stands there like the “Mount Everest” (Daniel Muller-Schott). Together with works by Prokofiev, Hindemith, Henze, Crumb and Casals, Daniel Muller-Schott here introduces a work composed by himself for the first time: the “Cadenza” is to be understood in the tradition of those compositions that other cellists have always added to their recital programmes.

“Here, you can recognize influences of the solo works that have influenced me over the years. In the Cadenza, the contrasting elements of the world of my instrument appear in the closest space – the cello in pure lyricism, just as sequences catapulting themselves into the highest registers in rhythmical savagery and immediately concluding the movement after a final culmination.”
- Daniel Muller-Schott
48 kHz / 24-bit PCM – Orfeo Studio Masters