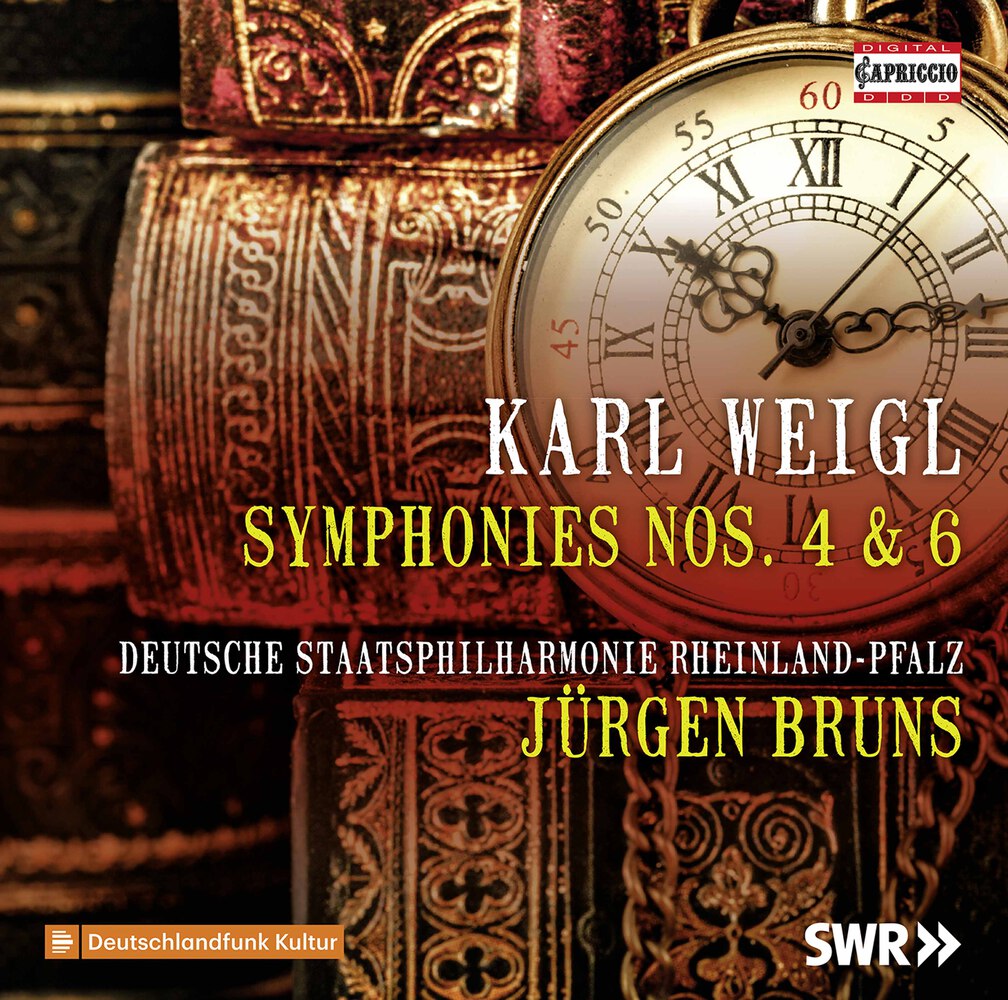 Available in 48 kHz / 24-bit AIFF, FLAC audio formats
In terms of style, with his works linked to basic tonalities Weigl drew on the sound realm of late Romanticism, from whose aesthetics he never departed in favour of more progressive contemporary trends. Whereas Weigl’s Symphony No. 1, written in 1908, associatively evokes the mood of a composer thinking of new territory and inquiring into the future, the dissimilar pair of his Symphonies Nos. 4 and 6 shows the musician’s intellect at historically distinctive periods, allowing an assessment to be made as to whether what could be expected, intended and hoped for at the time of his early works was achieved or whether it developed in an entirely different manner. The background to Symphony No. 4 in 1936 was the emergence of dictatorial Austro-Fascism. Symphony No. 6 of 1947 is in a certain sense a continuation and a conclusion following the end of the Nazi terror and a war that did not remain without profound changes and far-reaching effects for almost all the countries in the world.
48 kHz / 24-bit PCM – CapriccioNR Studio Masters