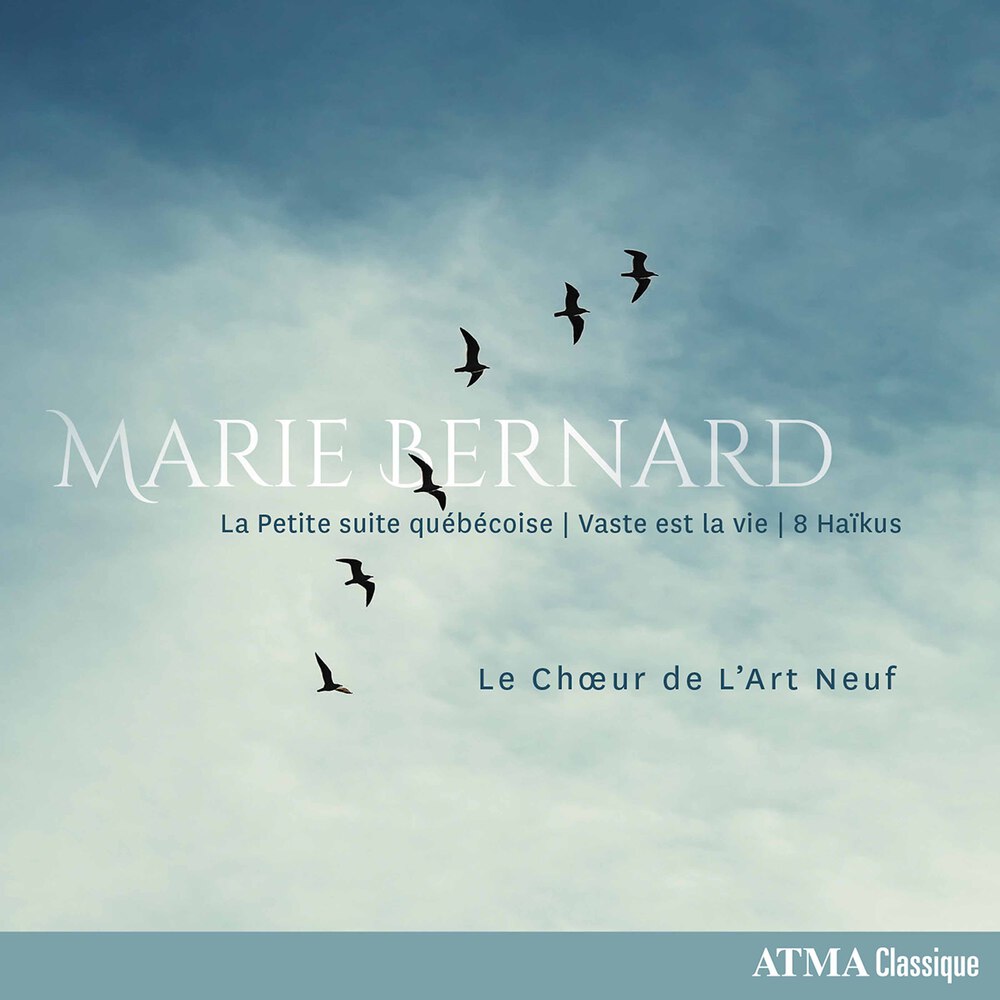 Available in 96 kHz / 24-bit AIFF, FLAC high resolution audio formats
ATMA Classique is pleased to present a new recording of works by Canadian composer and ondist Marie Bernard. "La Petite suite quebecoise", "Vaste est la vie", and "8 haïkus" are works scored for choir, strings, winds, and percussion, and ondes Martenot. Le Chœur de l’Art Neuf is accompanied by l’Ensemble d’ondes de Montreal and a chamber orchestra under the direction of Pierre Barrette. Marie Bernard is an instrumentalist, composer, and orchestrator with a First Prize diploma from the Conservatoire de Musique du Quebec in performance on the ondes Martenot. She has written music for films, theatre, TV series, as well as works for choirs and orchestra. She has composed hundreds of songs and has made arrangements and produced albums for Michel Rivard, and Diane Dufresne, among others.
96 kHz / 24-bit PCM – ATMA Classique Studio Masters