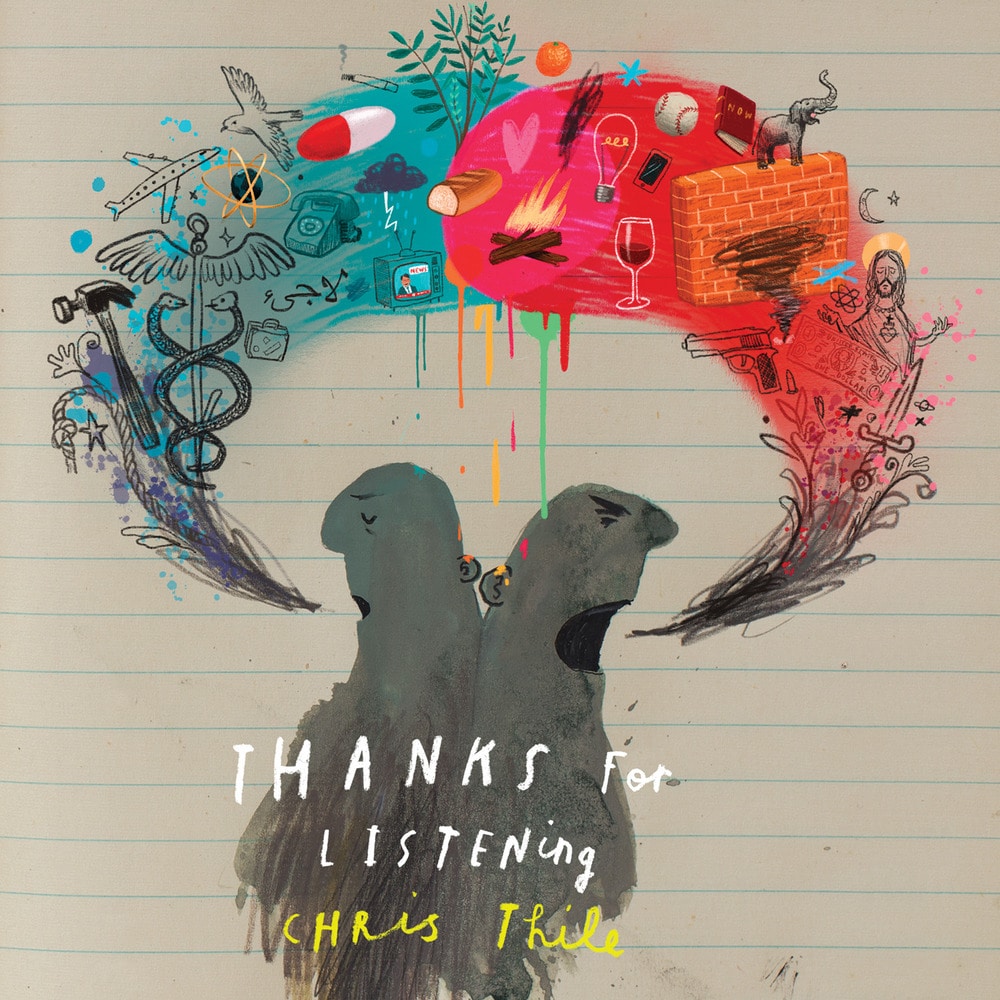 Available in MQA and 96 kHz / 24-bit AIFF, FLAC high resolution audio formats
Thanks for Listening began as a simple idea: To document, in a studio setting, the tunes that singer, songwriter, and mandolinist Chris Thile had composed for the new "Song of the Week" segment of public radio's A Prairie Home Companion during his inaugural season as host. Thile had set himself a formidable musical challenge and, as befits this enthusiastically risk-embracing artist, he was more than up to the task. In addition to traveling, planning, rehearsing, and performing on the fifteen episodes of APHC's 2016–17 season, Thile managed each week to create a funny, topical, and at times quite poignant new song he would play with a rotating cast of APHC band-mates and guest stars. These were not throwaway radio bits, but smart, fully realized compositions. They served the needs of the show but were just as timely and engaging on their own. "My initial working title was 'Get It Out on the Radio'. But the album pivoted away from the show and toward the listeners—and not just to the listeners of Prairie Home but to anyone who listens to things. They are my heroes—people who listen. I find myself all too often on the other side of the conversation, talking about what I'm doing. It's hard to maintain focus or give something enough attention to appreciate it. We're in a place where listening is a precious commodity. That's the theme that I noticed rising up, greater than 'here is what was happening last week' or 'here is the place we were.' It's a celebration of people who haven't switched off, despite being given every reason to do so." - Chris Thile
96 kHz / 24-bit PCM – Nonesuch Studio Masters