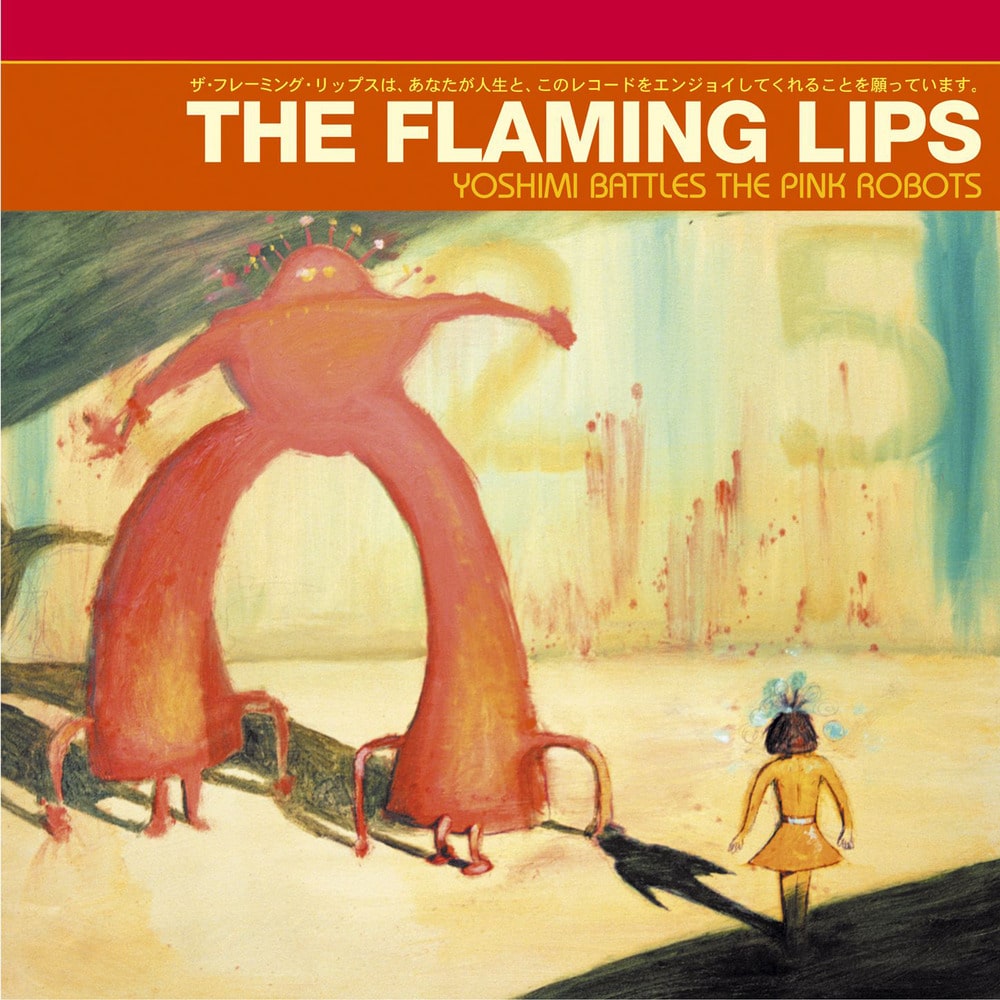 "... as strange as it is wonderful [...] beneath the sunny, computer-generated atmospherics and the campy veneer of talk about gladiator-style clashes between man and machines with emotions, Yoshimi is actually a somber rumination on love and survival in an unfathomable world."
- Billboard

Yoshimi Battles the Pink Robots is the tenth studio album by American rock band the Flaming Lips, released on July 16, 2002 by Warner Bros. Records. The album was well-received critically and commercially, helping the band break into the mainstream, and was adapted into a musical in 2012.

The lyrics of Yoshimi Battles the Pink Robots concern a diverse array of subject matter, mostly melancholy ponderings about love, mortality, artificial emotion, pacifism, and deception, while telling the story of Yoshimi's battle. Some listeners consider Yoshimi Battles the Pink Robots to be a concept album; however, the story is debated, as it is only directly apparent in the first four tracks. Despite the story-type title and science fiction themes, Flaming Lips frontman Wayne Coyne has made it clear that Yoshimi is not intended to be a concept album.
96 kHz / 24-bit PCM – Warner Records Studio Masters