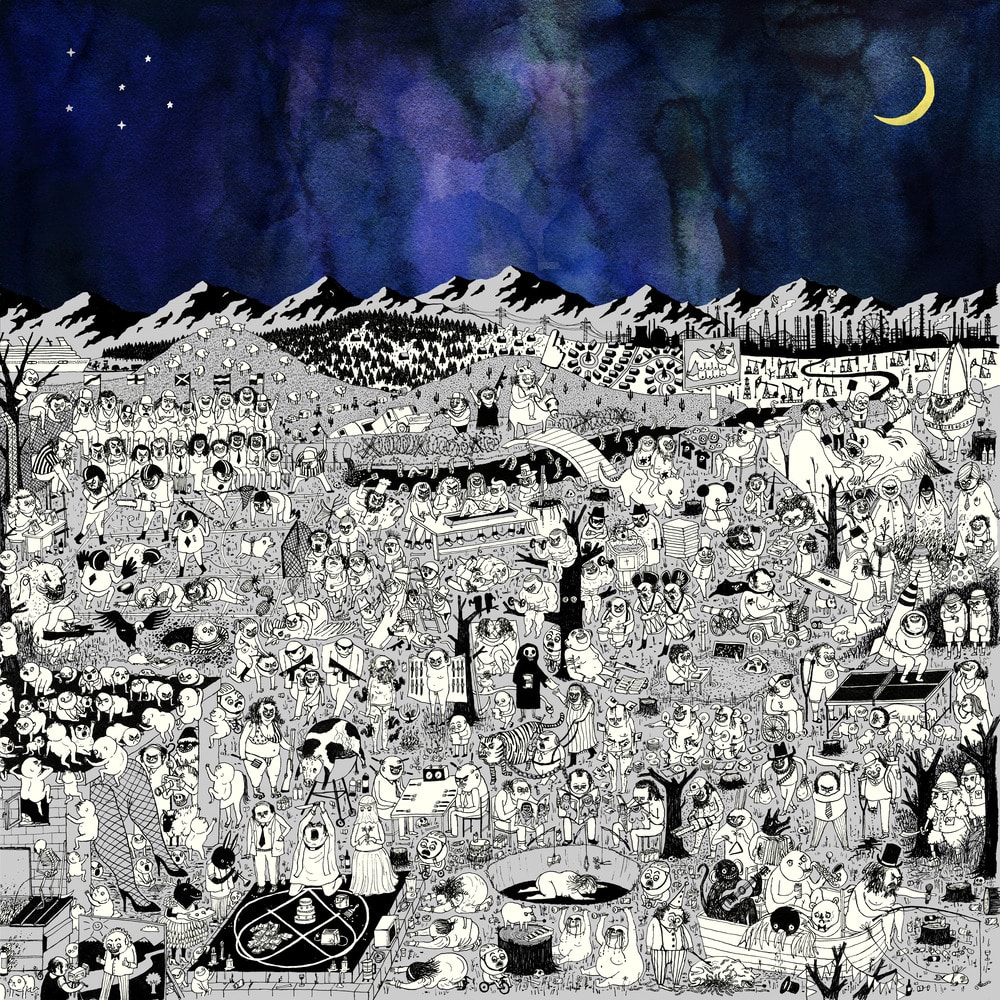 Available in MQA and 44.1 kHz / 24-bit AIFF, FLAC audio formats
"Father John Misty is a consummate entertainer. On Pure Comedy, he questions the value of entertainment, capitalism, and everything else in a grueling odyssey through the psyche of Josh Tillman." - Pitchfork Pure Comedy, Father John Misty’s third album, is a complex, often-sardonic, and, equally often, touching meditation on the confounding folly of modern humanity. Father John Misty is the brainchild of singer-songwriter Josh Tillman. While we could say a lot about Pure Comedy – including that it is a bold, important album in the tradition of American songwriting greats like Harry Nilsson, Randy Newman, and Leonard Cohen – we think it’s best to let its creator describe it himself. Take it away, Mr. Tillman: "Pure Comedy is the story of a species born with a half-formed brain. The species’ only hope for survival, finding itself on a cruel, unpredictable rock surrounded by other species who seem far more adept at this whole thing (and to whom they are delicious), is the reliance on other, slightly older, half-formed brains. This reliance takes on a few different names as their story unfolds, like 'love,' 'culture,' 'family,' etc. Over time, and as their brains prove to be remarkably good at inventing meaning where there is none, the species becomes the purveyor of increasingly bizarre and sophisticated ironies. These ironies are designed to help cope with the species’ loathsome vulnerability and to try and reconcile how disproportionate their imagination is to the monotony of their existence." - (Father) John Tillman
44.1 kHz / 24-bit PCM – Sub Pop Records Studio Masters