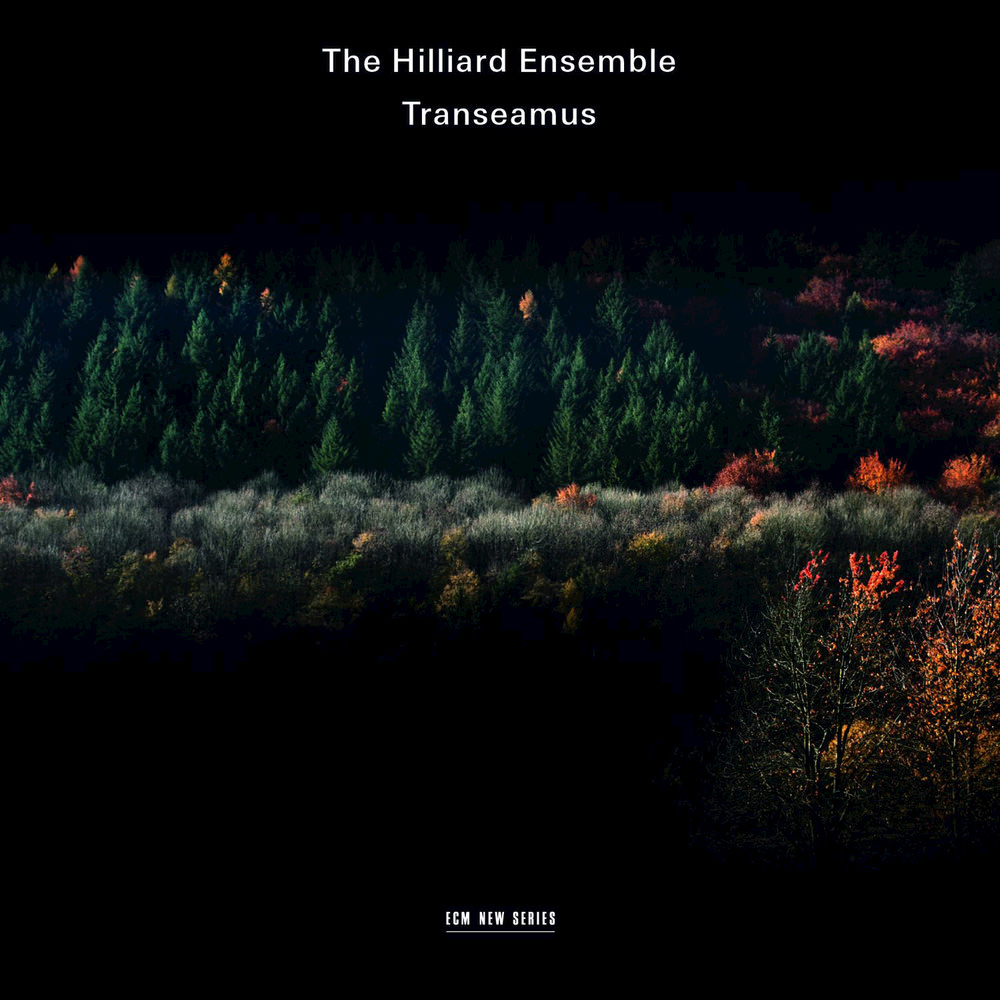 "The accounts are intimate and subtly coloured, the Hilliards' distinctive sound still unsullied, four decades on. The singers' faultless clarity of diction, highlighted by the close recording perspective, sheds light on the words and their tender sentiments."
- BBC Music Magazine

"... it is fitting that they should return to this repertory in this, their final recording ... the interplay between voices is as absorbing as ever ... an impressive legacy for which the members of The Hilliard Ensemble past and present have earned our enduring gratitude."
- Gramophone

Having recorded more than 20 albums for ECM since the mid 1980s, the Hilliard Ensemble caps its discography before retirement with a final release: Transeamus, a collection of polyphony in two, three and four parts, from 15th century England. The British vocal ensemble’s very first ECM recording included music from the court of Henry VIII; Transeamus brings the odyssey through the ages full circle. The album includes many of the group’s favourite pieces from this era, including previously unrecorded items from concert programmes by the likes of John Plummer, Walter Lambe and William Cornysh. More of the album’s works are by composers rendered anonymous by time, yet all of this music is rich with enduring personality.
96 kHz / 24-bit PCM – ECM New Studio Masters