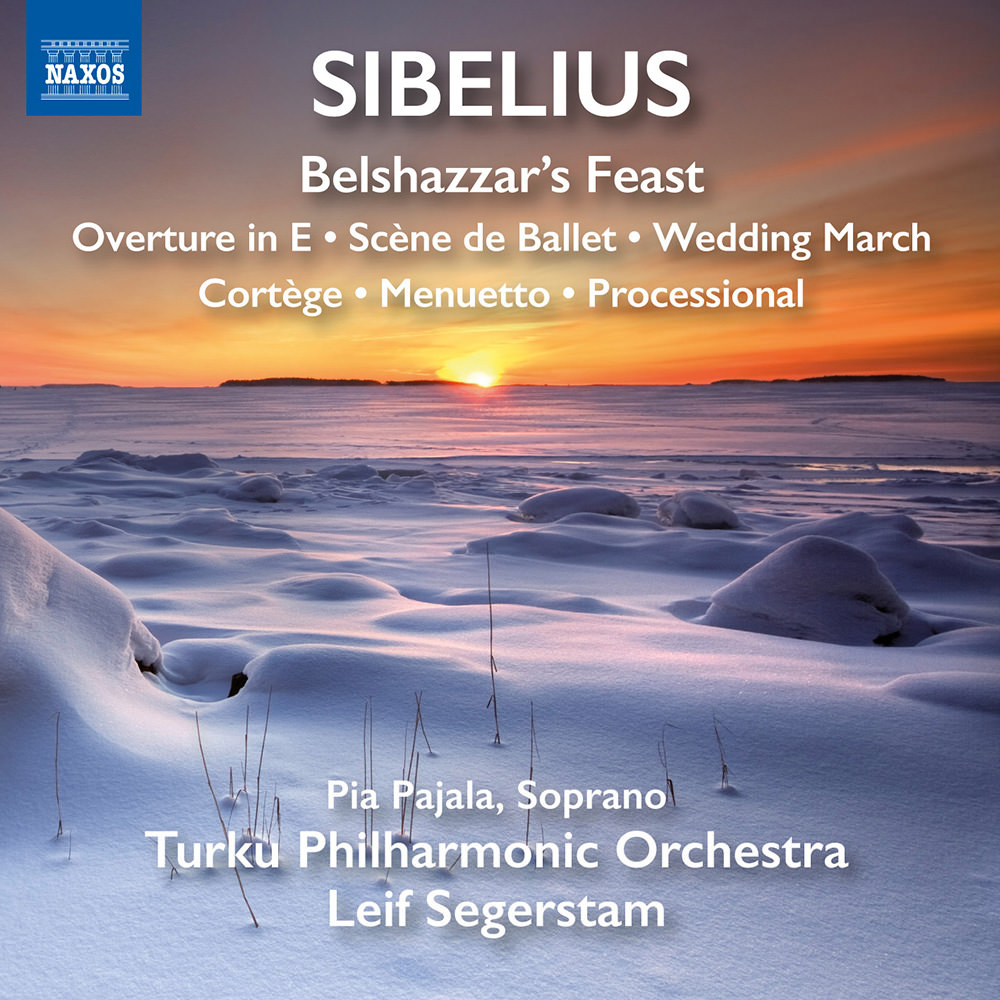 Available in 96 kHz / 24-bit AIFF, FLAC high resolution audio formats
Finnish orchestra the Turku Philharmonic under conductor Leif Segerstam presents this music that proved so important to Sibelius’s development. Alongside the great symphonies and tone poems, music for the theatre was influential to the composer. Belshazzar’s Feast, which features soprano Pia Pajala, is an exotic tale of seduction and tragedy to which Sibelius responded with some of his most hauntingly beautiful writing for the stage. The early Menuetto and lively Cortège were considered good enough by Sibelius to be recycled for further stage productions, while the Overture in E and Scène de Ballet started life as his first attempt at composing a symphony.
96 kHz / 24-bit PCM – Naxos Studio Masters