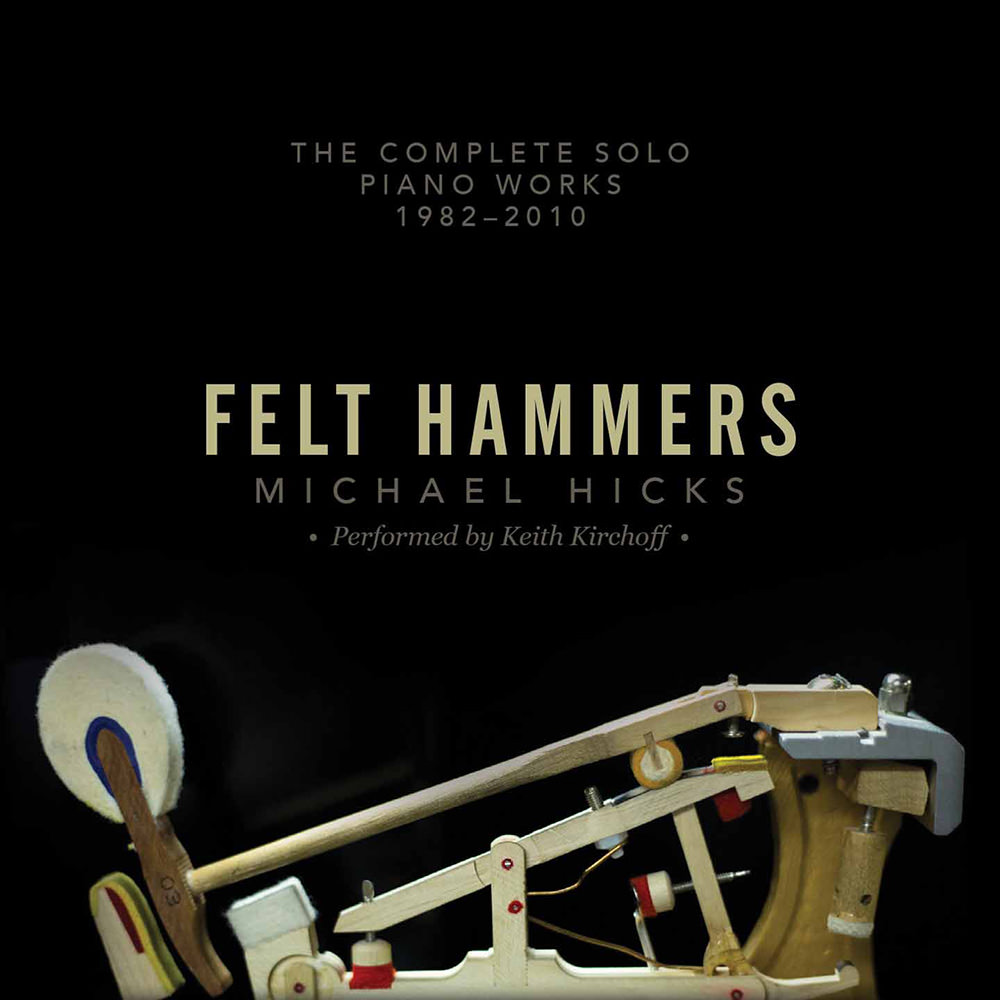 Available in 44.1 kHz / 24-bit AIFF, FLAC audio formats
Felt Hammers documents the complete solo piano works of composer, scholar and poet Michael Hicks, performed here by Keith Kirchoff. These solo pieces as well as other chamber works that Hicks composed over a period of almost 30 years have been performed and recorded by several ensembles around the world. The centerpiece of this collection is Hicks's The Stations of the Cross. "We watch Michael Hicks grow as an artist, revealing the purest essence of his musical voice. With rests sometimes lasting as long as 15 seconds, he invites the listener into a space of 'the now': in which silence is just as important as sound." - Keith Kirchoff
44.1 kHz / 24-bit PCM – Tantara Records Studio Masters