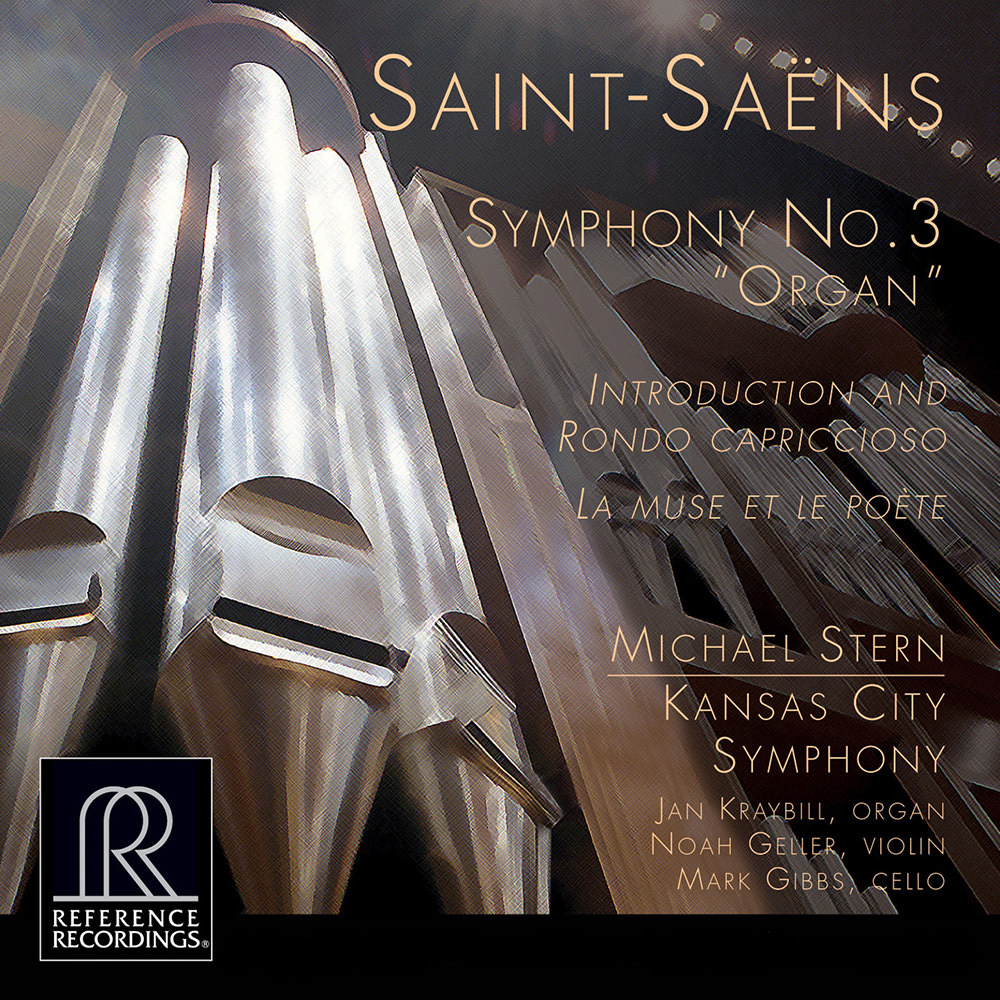 Available in 176.4 kHz / 24-bit, 88.2 kHz / 24-bit AIFF, FLAC high resolution audio formats
Grammy nomination - Best Engineered Album, Classical, 2015 "... expands our understanding and enjoyment of the music ... vital and affirmative ... recording is spectacular ... a sonic perspective that provides instrumental detail but also a sense of the entire ensemble. Bass is soul-satisfying." - The Absolute Sound "... Stern and his players convey an air of expectation. There’s a pleasing warmth to the orchestral sound but at the same time there’s plenty of definition. The sound seems very natural ... the richness of the strings is seductive ... they sing with overt warmth ... Stern captures the spirit of the music in a way that seems just right ... a delectable performance ... anyone buying it will enjoy it very much." - MusicWeb International Conductor Michael Stern leads the Kansas City Symphony on interpretations of these great works by Camille Saint-Saëns, captured in brilliant sound by Grammy-winning engineer "Professor" Keith O. Johnson and producer David Frost. Organist Jan Kraybill is the featured soloist on the Symphony No. 3 while violinist Noah Geller and cellist Mark Gibbs appear on the other two works. Composed at his artistic peak, Saint-Saëns said of his Symphony No. 3: "I gave everything to it I was able to give. What I have here accomplished, I will never achieve again."
176.4 kHz / 24-bit, 88.2 kHz / 24-bit PCM – Reference Recordings Studio Masters