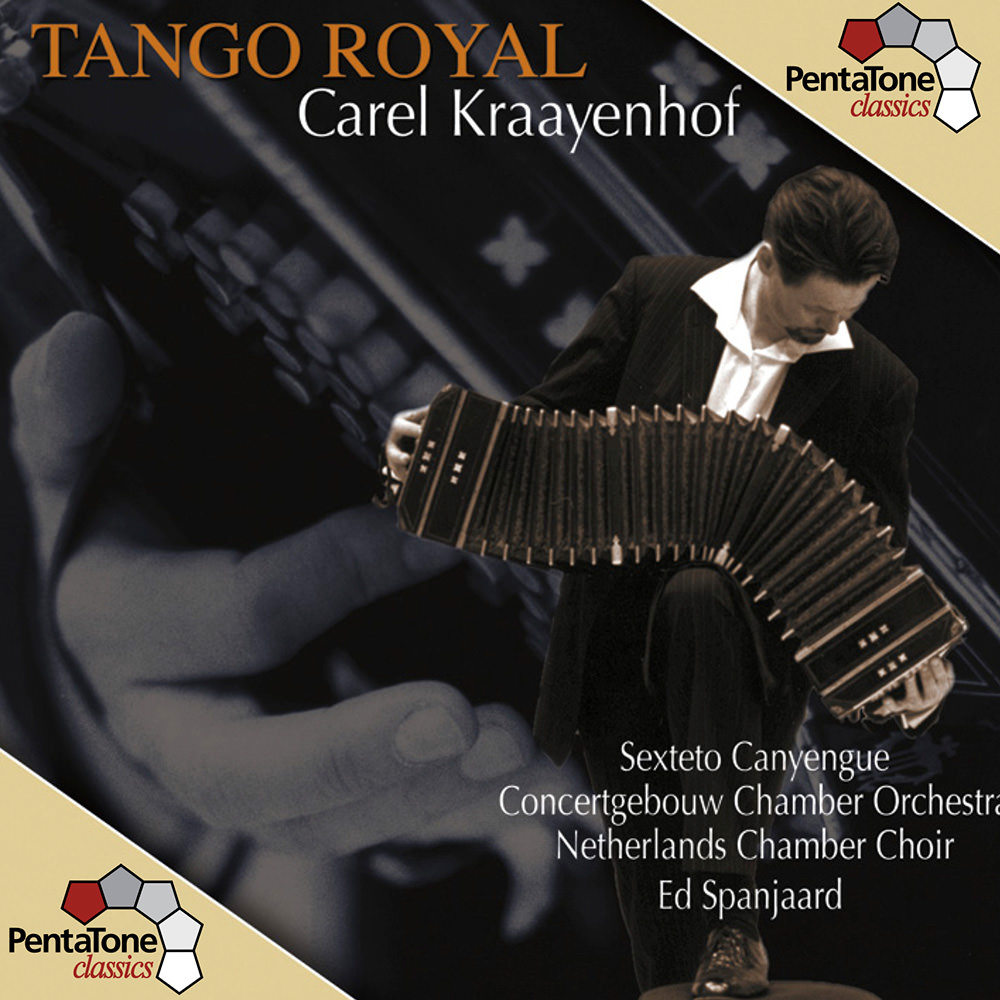 Available in 96 kHz / 24-bit AIFF, FLAC and 2.8224 MHz DSD high resolution audio formats
Tango Royal features tangos by the legendary Astor Piazzola performed by world-renowned Dutch bandoneón player Carel Kraayenhof. The talented Kraayenhof is backed on this unique, large scale album by his own ensemble, the Sexteto Canyengue, along with the Concertgebouw Chamber Orchestra and the Dutch Chamber Choir, conducted by Ed Spanjaard. In addition to several of Piazzolla works, including his best known composition, Adiós Nonino, this album includes some of Kraayenhof's own compositions.
96 kHz / 24-bit PCM and 2.8224 MHz DSD – PentaTone Studio Masters