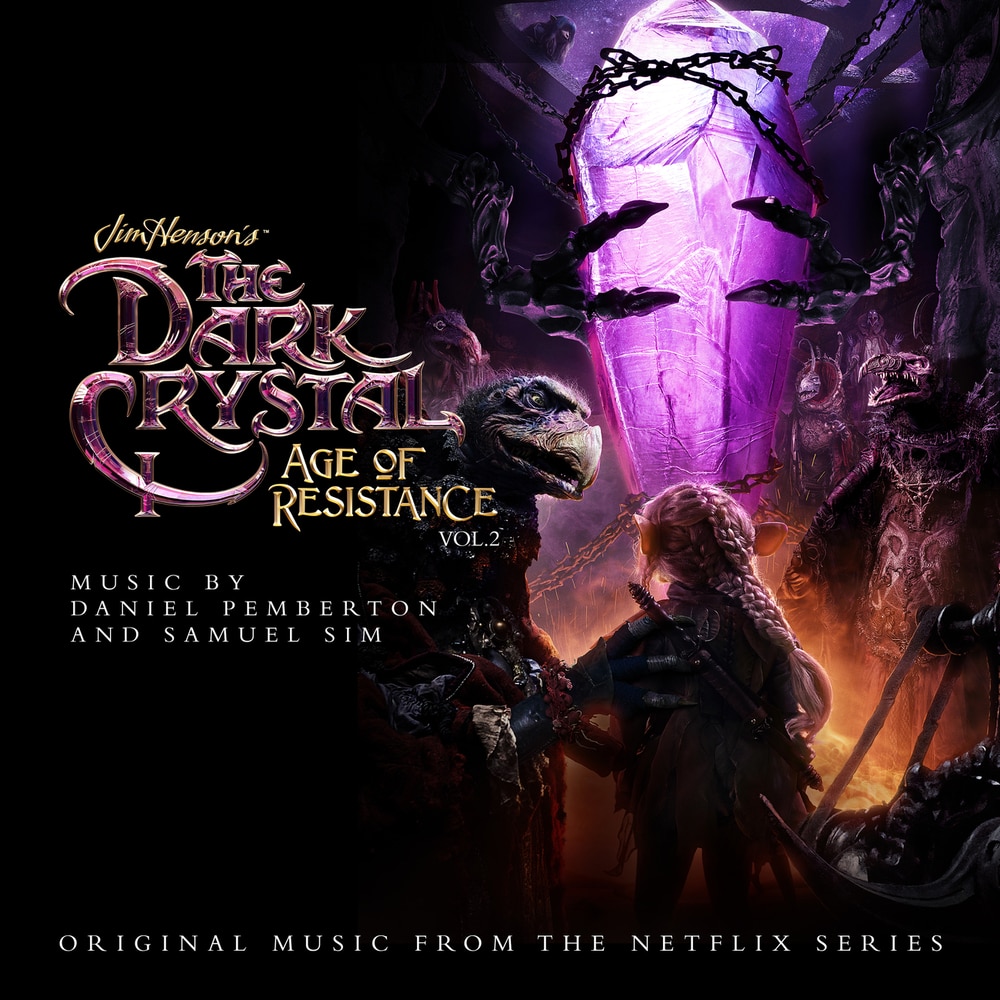 The Dark Crystal: Age of Resistance, Vol. 2 (Music from the Netflix Original Series)

Available in 48 kHz / 24-bit AIFF, FLAC audio formats
Daniel Pemberton and Samuel Sim's original soundtrack to the Netflix prequel to the beloved Jim Henson fantasy classic, The Dark Crystal. “I approached the music the same way I approached the filming and the puppetry. I wanted somebody to come on this journey that would be willing to take big risks. I wanted something that was almost tribal. I wanted to hear the strings being plucked and the skin wrapped over the drum. At the same time, I wanted somebody who could write beautiful melodies, understood music, and was a lover of beautiful music. I wanted someone who would approach it in a very organic way and who would tell the story through the score. My search led me to Daniel.” - Louis Leterrier, Executive Producer and Director (Now You See Me, The Incredible Hulk). “I wanted the music to be as magical as Thra itself – organic, imperfect, strange, mystical, otherworldly and wonderful. I wanted to create new sounds that felt like they came from the world itself, as well as using thematic large scale orchestral elements to bring an emotion to the journey of the characters. I wanted music and sounds that would fill you with wonder, but also terrify you. It was very important to me that all the sounds felt like they could only be from Thra itself – no grand pianos or overtly electronic elements. Every sound had to feel organic and visceral, from the dark detuned glissando cello sounds made for the Skeksis, to the upbeat flutes from the Podling’s bar. We created noises out of wine glasses, metal chains, wooden drums, metal sculptures on a snow covered mountain and old creaky medieval instruments to try and make a sonic world as unique as the visual one.” - Daniel Pemberton “The Dark Crystal is set in a unique world of magic, adventure, threat and danger. The music had to capture that majestic wonder, as well as its dark, sinister underbelly. Although nearly all the sounds in the score come from an acoustic or ‘real’ source, a huge amount of time was spent twisting, morphing and detuning them to create something completely new and surprising. For example, there are places in the score where flutes and clarinets were pitched down 5 octaves to sound like tubas and bass trombones. Nickel harps and cellos were put through guitar amps and at one point we even took the sound of chirping crickets and slowed it down so much that it created weird otherworldly pads and drones." - Samuel Sim
48 kHz / 24-bit PCM – Varèse Sarabande Studio Masters