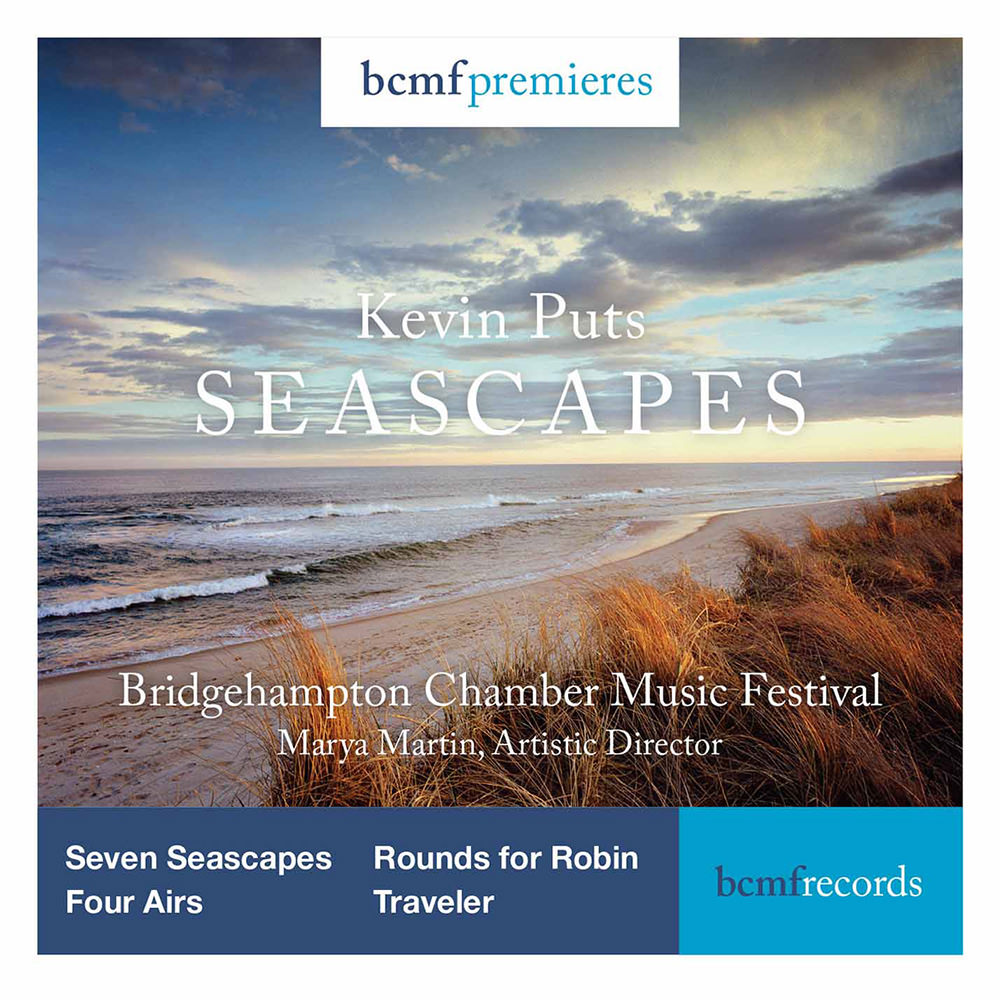 Seascapes is devoted entirely to the music of Pulitzer Prize-winning composer Kevin Puts, whose music has long been a favourite at the Bridgehampton Chamber Music Festival in Bridgehampton, New York. The composer calls his piece Rounds for Robin for flute and piano a short tribute to Robin Williams, at turns impish, florid, rhapsodic and brooding. It was written for and is dedicated to BCMF founder and artistic director Marya Martin.
44.1 kHz / 24-bit PCM – BCMF Records Studio Masters