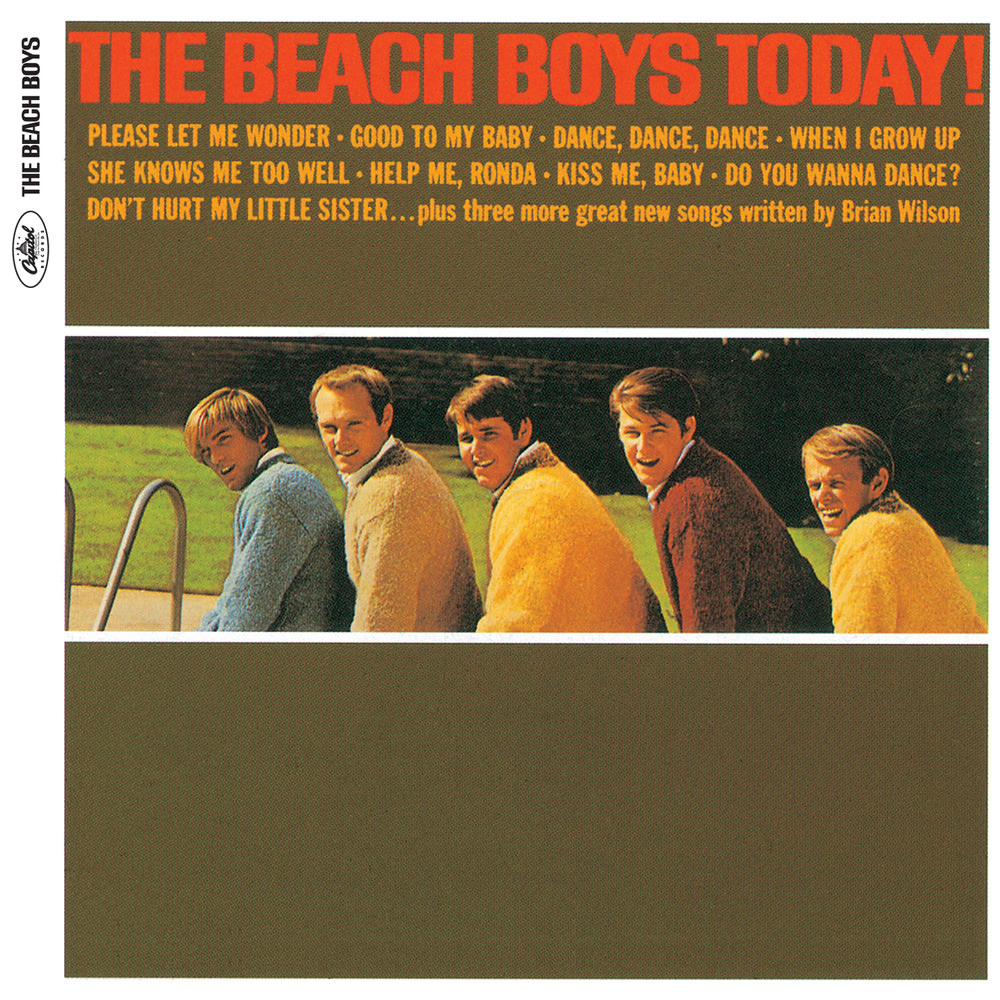 Available in 192 kHz / 24-bit, 96 kHz / 24-bit AIFF, FLAC high resolution audio formats
Billboard 200 - #4, 1965 Billboard Hot 100 - #8, 1964 - Dance, Dance, Dance "... it would be a mistake to assume the ballads are more sophisticated ... Wilson proves that he can be just as harmonically and structurally inventive with catchy dance songs as with emotional ballads." - PopMatters.com "Romantic, lush and wistful, there was an unmistakable whiff of pot smoke about their uniformly languorous pace and complex, gauzy ­arrangements: here was the sound of American teen pop inhaling ... (the ballads) are the songs on which Today!'s reputation rests, but its overlooked first half is equally fascinating. Wilson was still writing hits to order, but their emotional temperature had changed." - The Guardian This 1965 release was the third from the Beach Boys that year and the ninth album Brian Wilson produced in three years. Following a nervous breakdown due to Wilson's exhaustion, the songs on Today! reflect a new maturity, a broadening of subject matter and a lush, orchestral sound. Of note is the first version of the number one hit titled Help Me, Ronda here; the single released was an alternate take renamed Help Me, Rhonda. "I was run down mentally and emotionally because I was running around, jumping on jets from one city to another on one night stands, also producing, writing, arranging, singing, planning, teaching, to the point where I had no peace of mind and no chance to actually sit down and think or even rest." - Brian Wilson
192 kHz / 24-bit, 96 kHz / 24-bit PCM – Capitol Records Studio Masters