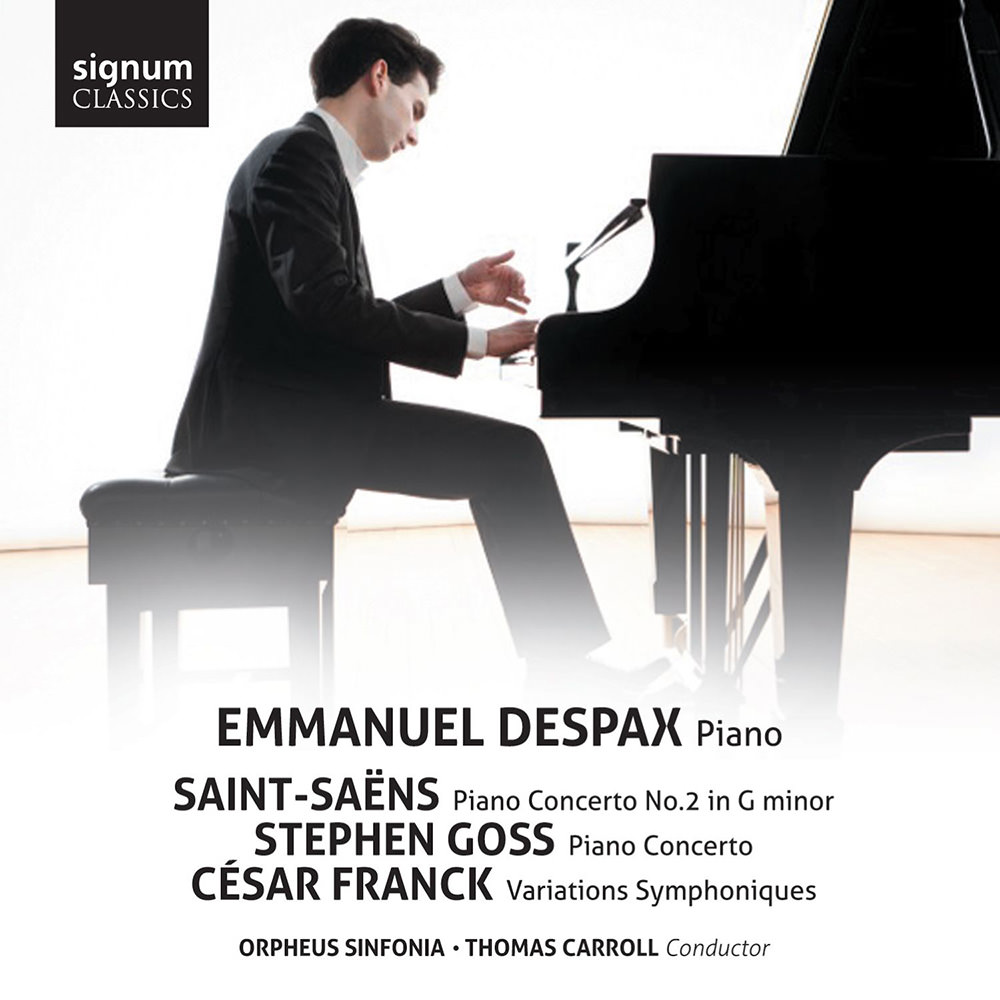 Available in 96 kHz / 24-bit AIFF, FLAC high resolution audio formats
"... Goss draws on a variety of sources for his eminently listenable music. Despite the eclectic nature of his influences, which range from Beethoven’s late piano music to the films of Terry Gilliam, Goss’s musical language comes across as brilliantly integrated." - International Record Review This debut concerto recording from rising star pianist Emmanuel Despax and the Orpheus Sinfonia under Thomas Carroll features the world premiere of Welsh composer Stephen Goss’s Piano Concerto, inspired by the designs of Thomas Heatherwick. The work’s premiere performance was the first classical concert in which audiences were invited to bring their tablets to watch an interactive display designed to accompany the music. Also on the programme are two similarly expressive and characterful works, Saint-Saëns’s ever-popular Piano Concerto No. 2 and Franck’s Variations symphoniques.
96 kHz / 24-bit PCM – Signum Records Studio Masters