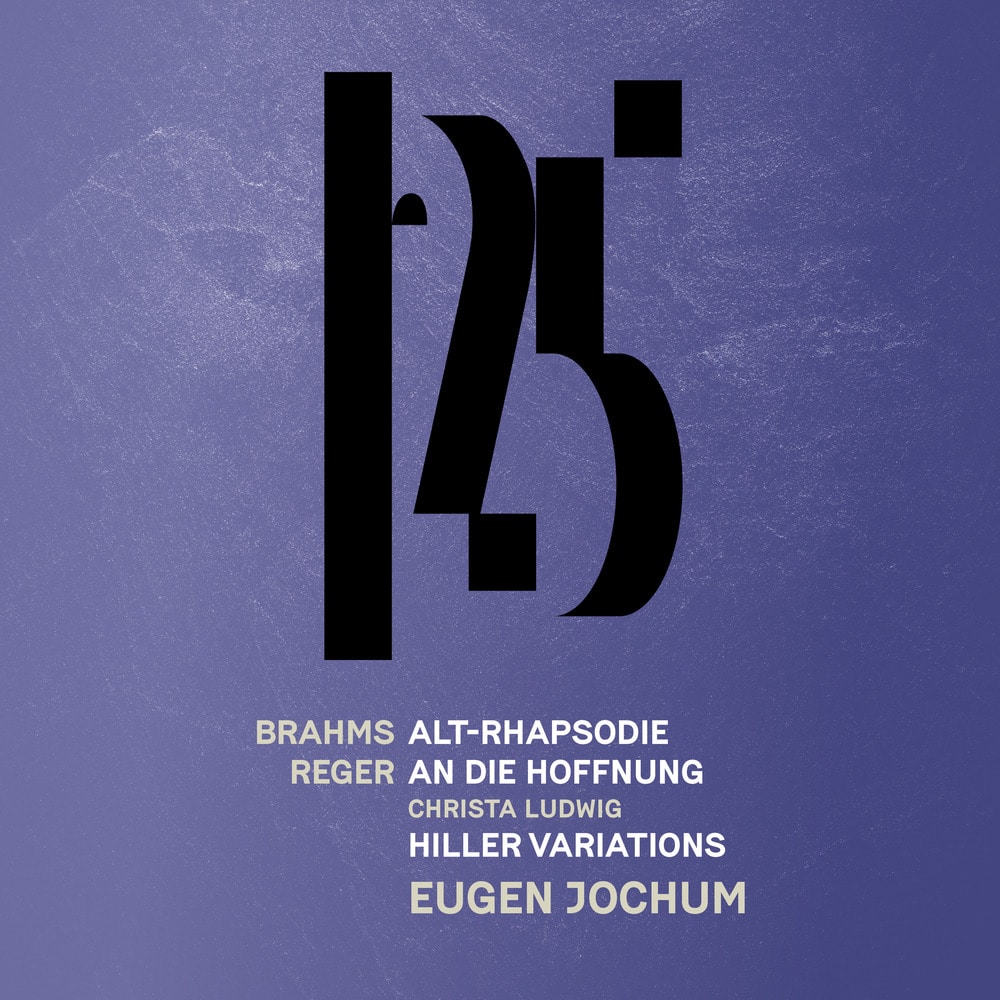 Available in MQA and 96 kHz / 24-bit AIFF, FLAC high resolution audio formats
The Münchner Philharmoniker appears under the direction of Eugen Jochum in this stunning performance of Brahms' "Alto Rhapsody" alongside Reger's "An die Hoffnung" and the "Hiller Variations and Fugue". Eugen Jochum was best known for his interpretations of the music of Anton Bruckner, Carl Orff, and Johannes Brahms, among others. Jochum's first post was as a rehearsal pianist at Mönchen-Gladbach, and then in Kiel. He made his conducting debut with the Munich Philharmonic Orchestra in 1926 in a program which included Bruckner's Seventh Symphony. In the same year he was appointed conductor at the Kiel Opera House, where he conducted seventeen operas in his first season, including The Flying Dutchman, Der Rosenkavalier and Turandot. This performance comes from Warner Classics and Münchner Philharmoniker curation of 125 years of music history choosing some of the most sought after recordings with the great conductors of this and the last century. This exclusive selection includes Hans Knappertsbusch, Fritz Rieger, Eugen Jochum, Sergiu Celibidache, Zubin Mehta, Lorin Maazel, Günter Wand, Horst Stein, James Levine, Christian Thielemann and Valery Gergiev. With their 125 Years Series set they want to invite audiences around the world to join in their anniversary celebration by making their musical history accessible worldwide. Additionally, this season will be accompanied with the largest media campaign of the Munich Philharmonic as of yet, in terms of radio and tv concert broadcasts.
96 kHz / 24-bit PCM – MUNCHNER PHILHARMONIKER GBR Studio Masters