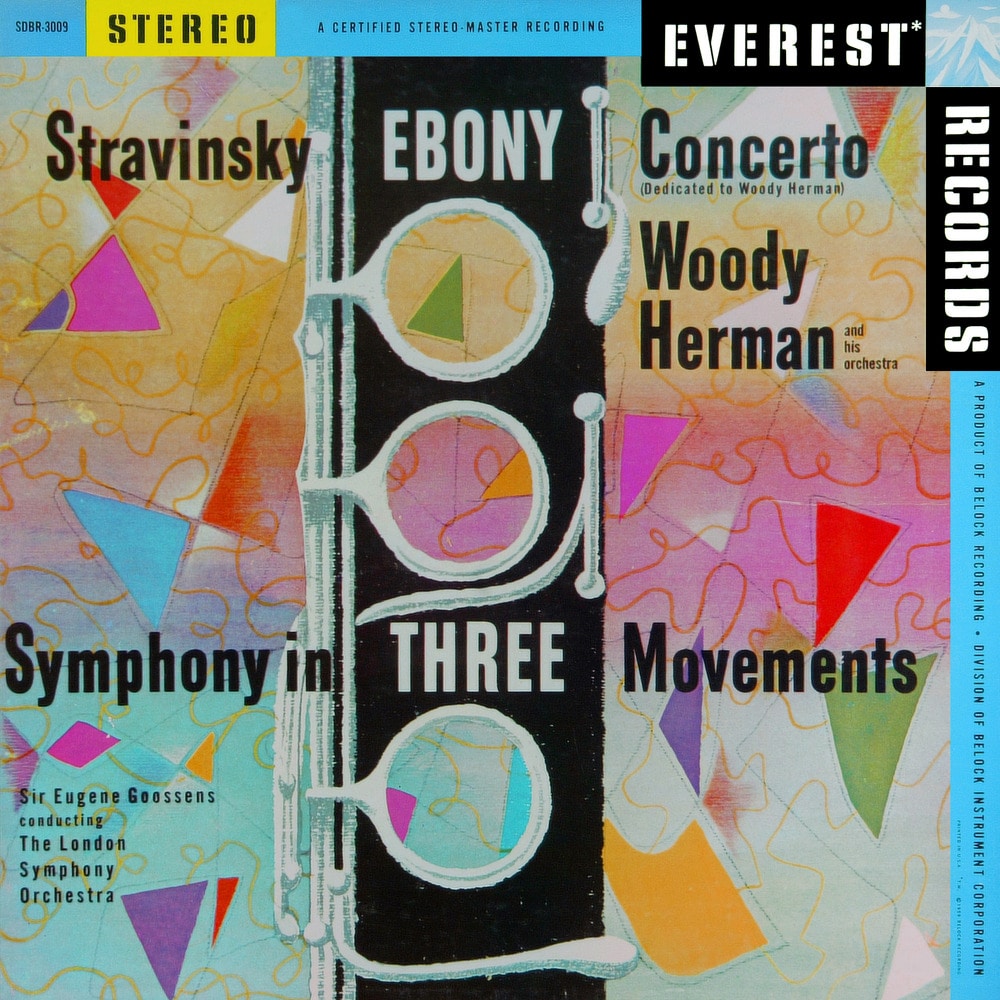 Available in MQA and 192 kHz / 24-bit, 96 kHz / 24-bit AIFF, FLAC high resolution audio formats
Woody Herman And His Orchestra join the London Symphony Orchestra lead by Sir Eugene Goossens on this programme of works by Stravinsky, transferred from the Original Everest Records Master Tapes by Countdown Media! Igor Stravinsky wrote the Ebony Concerto in 1945 (finishing the score on December 1) for the Woody Herman band known as the First Herd. It is one in a series of compositions commissioned by the bandleader/clarinetist featuring solo clarinet, and the score is dedicated to him. It was first performed on March 25, 1946 in Carnegie Hall in New York City, by Woody Herman's Band, conducted by Walter Hendl. Stravinsky wrote the Symphony in Three Movements from 1942–45 on commission by the Philharmonic Symphony Society of New York. It was premièred by the New York Philharmonic Orchestra under Stravinsky on January 24, 1946. The Symphony in Three Movements is considered as Stravinsky's first major composition after emigrating to the United States. It uses material written by Stravinsky for aborted film projects.
192 kHz / 24-bit, 96 kHz / 24-bit PCM – Everest Studio Masters