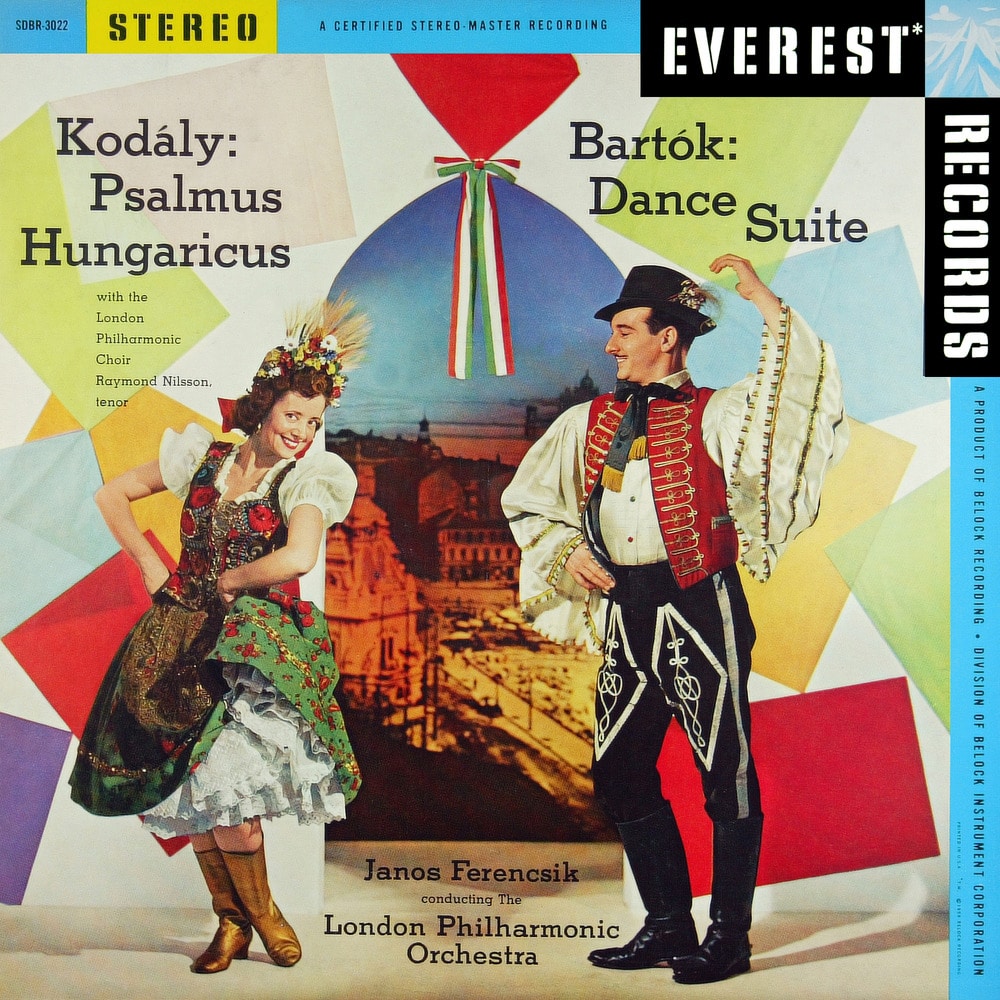 Available in MQA and 192 kHz / 24-bit, 96 kHz / 24-bit AIFF, FLAC high resolution audio formats
Hungarian conductor János Ferencsik conducts the legendary London Philharmonic Orchestra as they approach the works of two of the great Hungarian composers. "Psalmus Hungaricus, Op. 13", is a choral work for tenor, chorus and orchestra by Zoltán Kodály, composed in 1923. The Psalmus was commissioned to celebrate the fiftieth anniversary of the unification of Buda, Pest and Óbuda for a gala performance on 19 November 1923 along with the Dance Suite by Béla Bartók, and the Festival Overture by Ernő Dohnányi, who conducted the concert. The work's first performance outside Hungary took place under Volkmar Andreae in Zürich on 18 June 1926. This marked a turning point in the international recognition of Kodály as a composer, beyond his renown as an ethnomusicologist and music educator. Dance Suite, Sz. 77, BB 86a, is a well-known 1923 orchestral work by the Hungarian composer Béla Bartók. Bartók composed the Dance Suite in 1923 in order to celebrate the 50th anniversary of the union of the cities Buda and Pest, to form the Hungarian capital Budapest. János Ferencsik was born in Budapest; he actively played music even as a very young boy. He joined the Budapest State Opera at the age of twenty, where he was engaged as a rehearsal coach. In this capacity he took part in the Bayreuth Festival in 1930-31. At Bayreuth, he assisted Arturo Toscanini, an experience which was to be of decisive importance for the remainder of his career. Ferencsik's international career began in 1937. By the end of the 1930s, he became one of the Hungarian Opera's leading conductors. He conducted the farewell concert of Béla Bartók and Ditta Pásztory-Bartók in 1940 in Budapest, just before Bartók had left the continent.
192 kHz / 24-bit, 96 kHz / 24-bit PCM – Everest Studio Masters