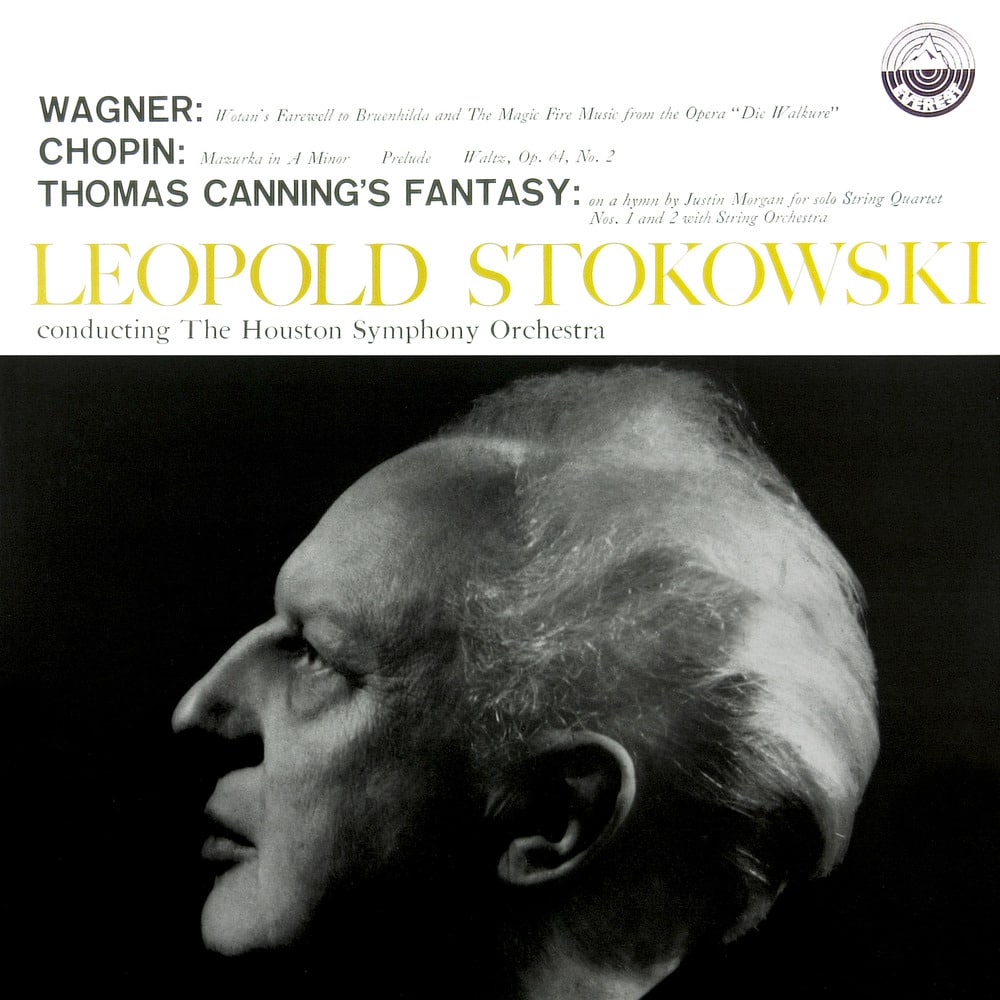 Wagner's "Magic Fire Music" & "Wotan's Farewell", Chopin's "Mazurkas", and Canning's "Fantasy On A Hymn Tune by Justin Morgan" are performed under the baton of English conductor Leopold Stokowski. One of the leading conductors of the early and mid-20th century, he is best known for his long association with the Philadelphia Orchestra and his appearance in the Disney film Fantasia. He was especially noted for his free-hand conducting style that spurned the traditional baton and for obtaining a characteristically sumptuous sound from the orchestras he directed