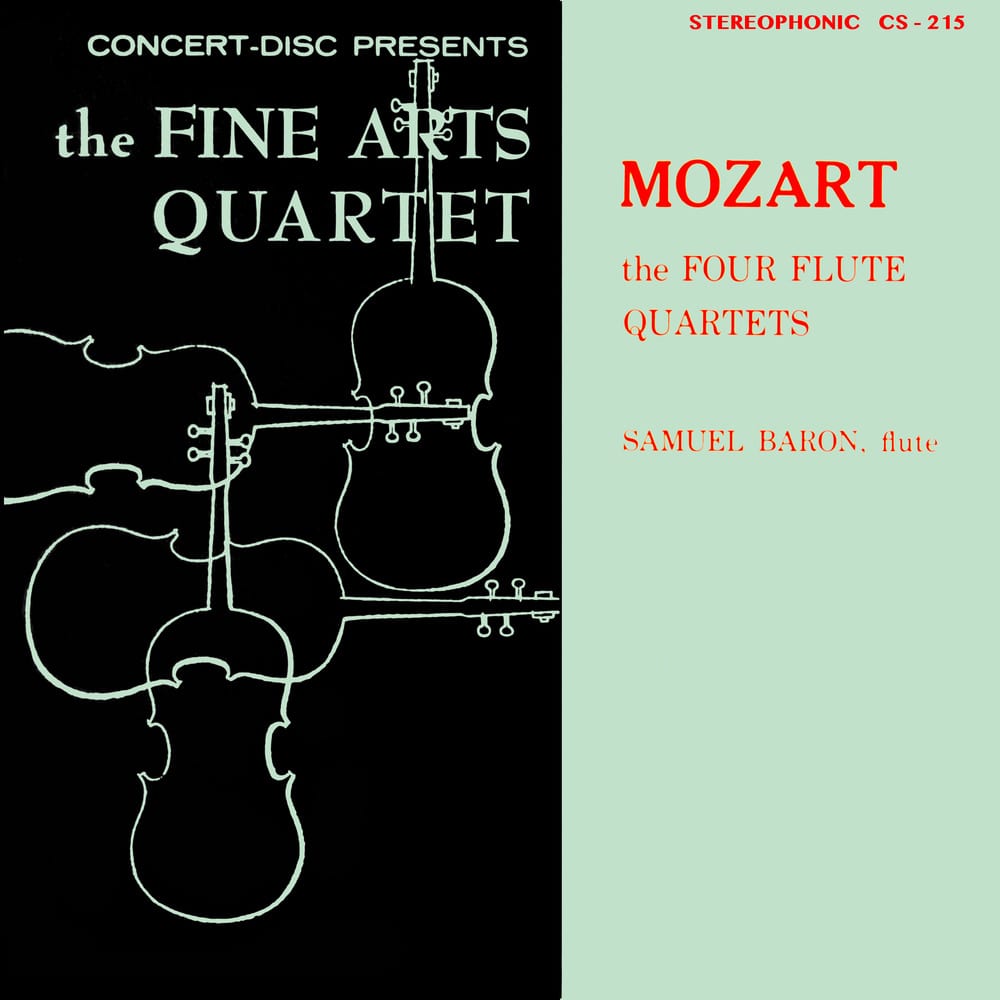 Available in MQA and 192 kHz / 24-bit, 96 kHz / 24-bit AIFF, FLAC high resolution audio formats
"One of the gold-plated names in chamber music." - Washington Post Countdown Media presents this legacy recording of the Fine Arts Quartet performing the The Four Flute Quartets from the most prolific and influential composer of the Classical period, Wolfgang Amadeus Mozart. The Fine Arts Quartet was founded in 1946, although the group's members had actually begun working together as early as 1939 while playing in the Chicago Symphony Orchestra. The Quartet's first performance took place in 1940 with Leonard Sorkin, first violinist, Ben Senescu, second violinist, Sheppard Lehnhoff, violist, and George Sopkin, cellist. Military service in World War II intervened, however, and it was not until 1946, now with the new second violinist Joseph Stepansky, that the Quartet began to rehearse and perform regularly. The Quartet released an astonishing quantity of works (over 100) during its first 30 years of existence, including cycles of chamber music by Haydn, Mozart, Beethoven, Schubert, Mendelssohn, and Brahms. Now, Countdown Media has catalogued and collected the masters of these incredible recordings, remastering and rereleasing them in stunning modern clarity for new listeners.
192 kHz / 24-bit, 96 kHz / 24-bit PCM – Concert-Disc Studio Masters