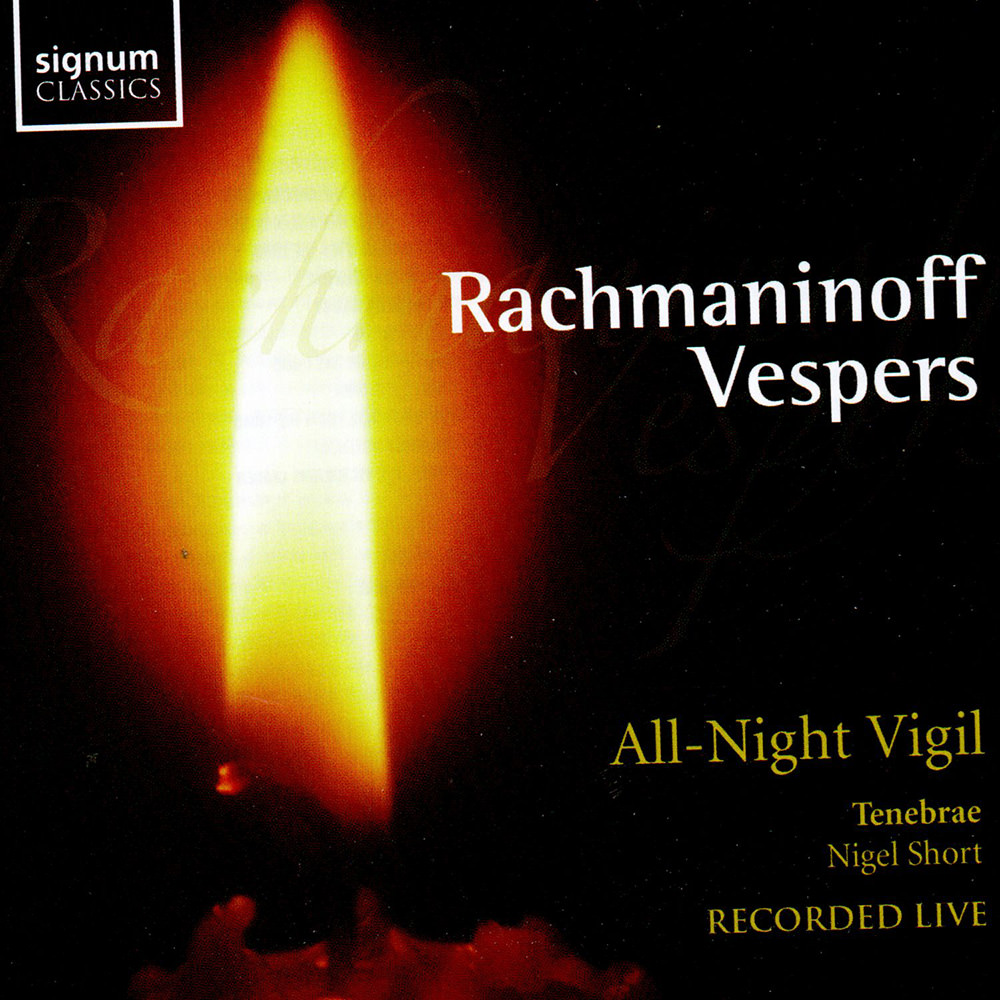 Available in 48 kHz / 24-bit AIFF, FLAC audio formats
"Five Stars. Tenebrae's success is as complete as can be imagined from singers who are not themselves Russian ... warm and clear acoustic ... both intimate and powerfully atmospheric, shedding new and memorable light on what usually comes across as a massive choral spectacular ... the best is magnificent ..." - Classic FM This live album captures a stirring performance of Rachmaninoff’s All-Night Vigil by British chamber choir Tenebrae, recorded at St Asaph Cathedral during the North Wales International Music Festival in September 2004. Tenebrae characteristically create an atmosphere of spiritual and musical reflection at their performances, using candlelight and movement within ecclesiastical venues. "Even in my dreams I could not have imagined that I would write such a work." - Sergei Rachmaninoff
48 kHz / 24-bit PCM – Signum Records Studio Masters