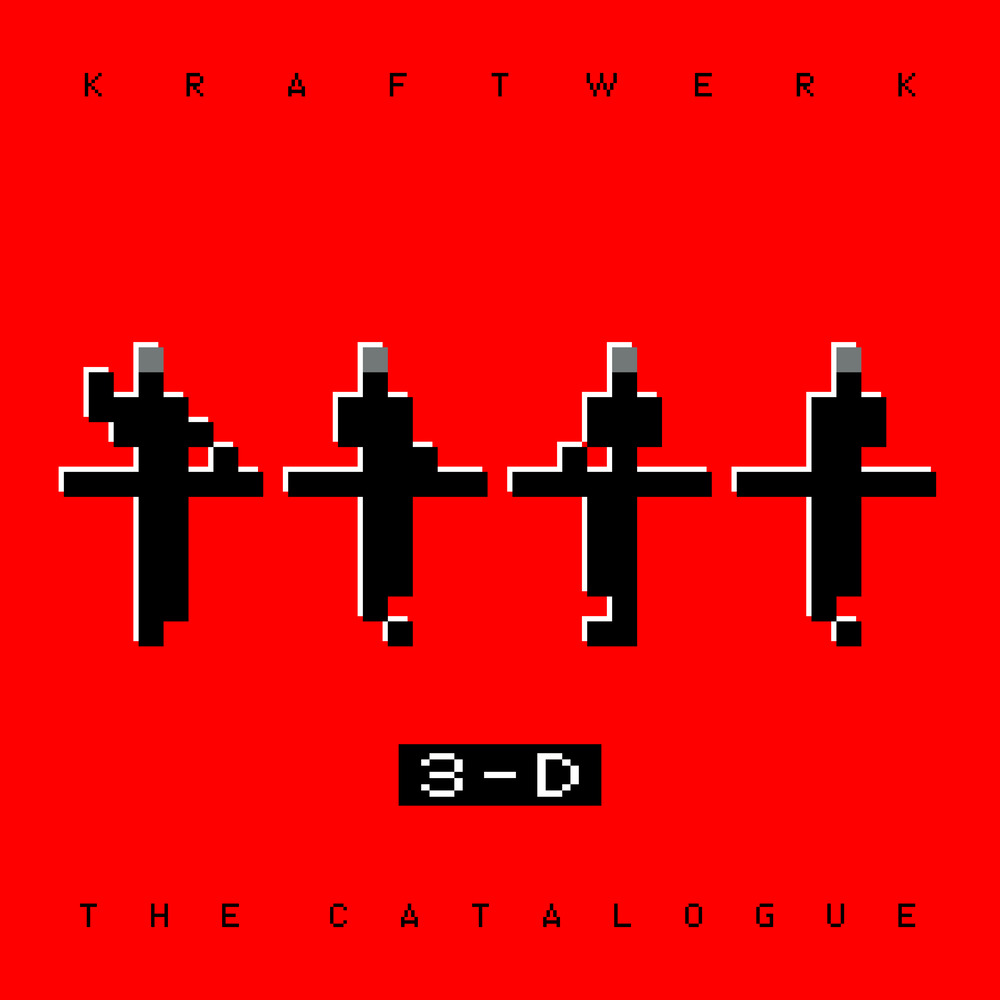 "Kraftwerk’s oeuvre has always been such dry, wry eulogies to technology, with a quaint, elegiac, almost nostalgic quality, but their ageing songs now undergo constant evolution. This two-hour odyssey sees songs extended, reworked and given new funky sections. Later material, in particular, is rebooted with such ear-battering sub-bass that large sections of the gig feel like a futurist rave. Some tunes take on meanings they never had on release..."
- The Guardian

3-D: The Catalogue is an expansive live album by German electronic music band Kraftwerk. The deluxe edition presents all of the tracks from eight classic Kraftwerk albums in chronological order, as performed live across the world and mixed by Kraftwerk, who say the sound quality is “peerless”.